World Rally Championship drivers have selected their own competition numbers for the first time at Saturday's series launch at Autosport International.

The FIA confirmed the WRC would follow Formula 1's lead and allow drivers to carry permanent numbers at the October meeting of the World Motor Sport Council.

Priority 1 drivers - those competing for WRC teams - revealed their numbers in Birmingham.

The only full-time driver not participating was Sebastien Ogier, who retains the #1 reserved for the World Rally champion.

Ogier's Citroen team-mate Esapekka Lappi will carry #4 in his first season with the French manufacturer, while Hyundai's lead driver Thierry Neuville will compete with the #11. 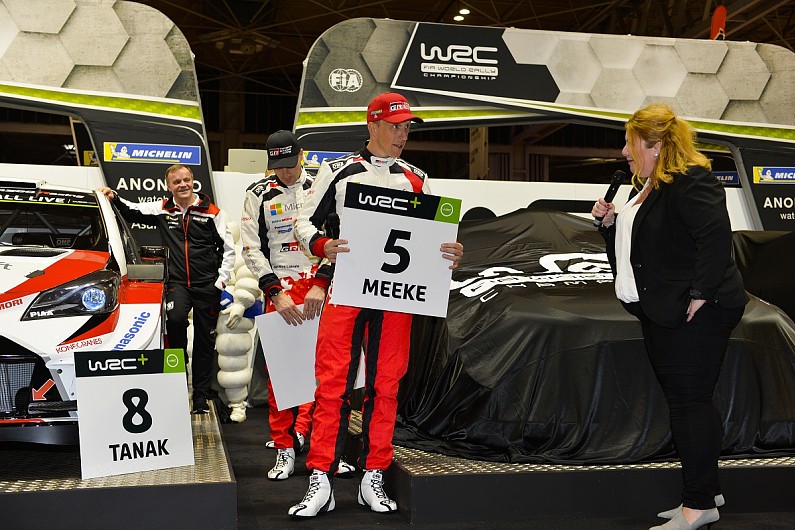 Fellow Hyundai driver Andreas Mikkelsen has selected #89 - the year of his and co-driver Anders Jaeger's birth - while Kris Meeke will run with #5 on his return to the championship with Toyota, having allowed his daughter to choose his number.

A number was not assigned to Sebastien Loeb, who is currently competing on the Dakar Rally, at the unveiling, but the nine-time world champion's Hyundai will carry #19 on its six outings this season.