Esapekka Lappi says he has seen enough potential in his new Citroen C3 WRC to know it can be the fastest car in this year's World Rally Championship.

The 27-year-old, who will make his debut with Citroen on the Monte Carlo Rally later this month, said he was impressed with his new employer's ambition.

Speaking after a development test in Portugal and pre-event running for the Monte Carlo Rally last month, Lappi said he was convinced he had made the right move in jumping across from last year's manufacturer champions Toyota.

"I was impressed with the effort they made to bring me and this team has so much data and so much history - we have the tools to be really successful," said Lappi.

"I decided after Finland [last year] to come. We discussed it early in the season with Mr Budar [team principal Pierre] and I felt he really wanted me in this team and he convinced me really well.

"I felt I would get a lot of support over here and these were strong things which are important for me.

"The car has been really fast on Tarmac all the time, there have been some difficulties on gravel but when Mads [Ostberg] did such a good result in Finland [finishing second] it was done from my side that this was a good place to go." 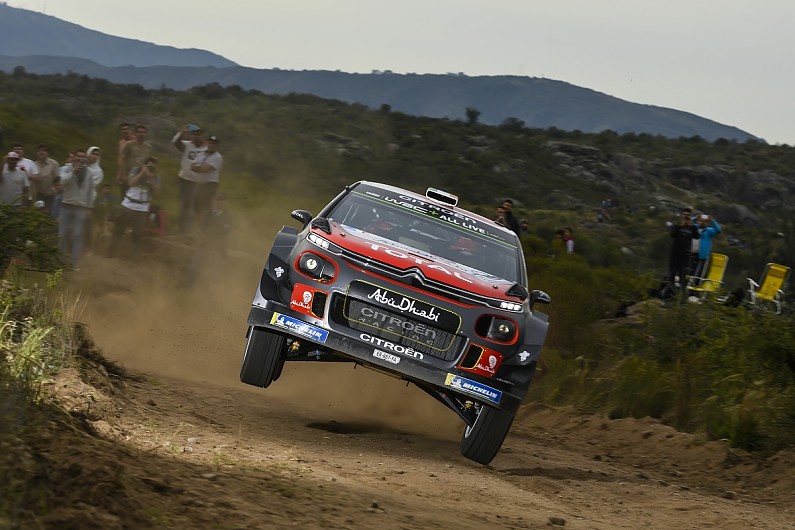 Asked to compare the C3 with his Yaris, Lapppi said: "There is a bit of a difference on the engine side.

"I feel this one [the C3] has a bit more power from the top and maybe Toyota is more driveable, but clearly Citroen's transmission is much better and there are many good things.

"In Portugal [at the first development test] I felt we had some work to do on gravel.

"The speed is not bad - we saw this on gravel rallies recently for Citroen - but I say we can be much faster.

"If we can fix these things, I can tell you, it will be the fastest car."

Lappi, who will contest only his second full-time WRC season this year, added another draw was the chance to work alongside his new team-mate and six-time world champion Sebastien Ogier.

"My objective for the season is to try and be better than last year," he said. "I'm still not ready to fight for the title.

"I need to improve my performance in every area and try to learn from Seb, what he does differently and better than me and try improve that way as well.

"For Monte Carlo, we should be quite familiar with the car, so I want to fight in the top five like last year and I think it's clearly possible.

"I don't feel the car is so difficult, so why not?"