Campbell was one of many high-ranking officials to contact Autosport backing the use of already available technology from the WRC's timing and tracking partner RallySafe.

An issue with the WRC's current chicanes was highlighted when Andreas Mikkelsen was forced to overtake a tractor on Rally Australia after a marshal took it upon himself to drive onto a live stage to reposition a straw bale that was knocked out of line when Jari-Matti Latvala hit it.

Distracted by the tractor, Mikkelsen rolled his Hyundai out of contention a couple of corners later.

That incident led to calls for the introduction of virtual chicanes, which would force cars to slow down to an agreed speed on a section of a stage but would not require drivers to deviate or negotiate obstacles.

"I was surprised at some of the resistance to this," Campbell told Autosport.

"It would be very simple to implement, with a set of boards at the side of the road counting the crews down into the reduced-speed zone.

"They then drive below a pre-agreed speed and speed up when the exit the zone.

"This would alleviate the need for chicanes bought and built with two-tonne straw bales.

"For us, it would help with the work on the roads - chicanes create a lot of damage to the stages with the cars braking and accelerating in the same place." 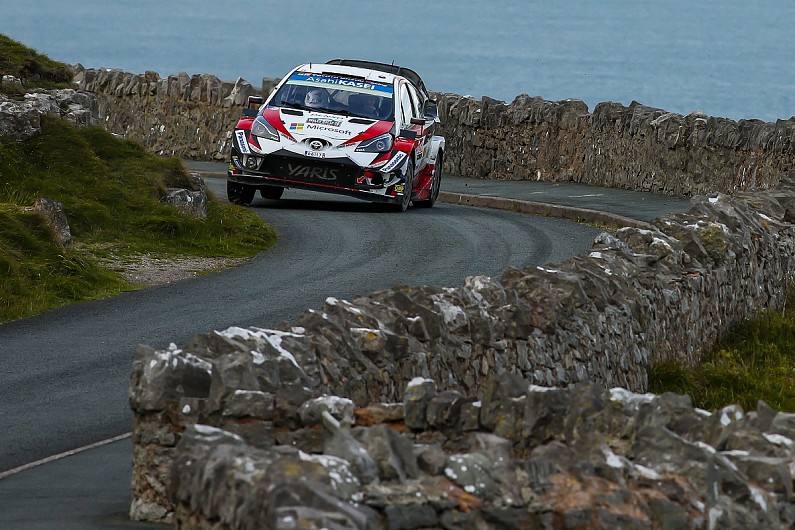 While in favour of the measure being introduced, Campbell said the new technology would not work everywhere.

"Somewhere like the street stage in Llandudno, where the cars come off [Great] Orme, you need that movement from the car around the chicane - that's part of the spectacle," he added.

"But somewhere like the bottom of the very steep hill in Aberhirnant, the new system would work perfectly just to knock a bit of speed off coming into the finish.

"It would be great to have the opportunity to trial this technology [in the WRC]."