Elfyn Evans believes DMACK can maintain the pace that took him to within 0.7 seconds of a first World Rally Championship victory in Argentina on the next round in Portugal.

Reigning British Rally champion Evans led all bar the very first and very last stages in Argentina in his Ford before losing out to Thierry Neuville's Hyundai in the third-smallest margin of defeat in WRC history.

Part of his pace came from DMACK's new medium compound tyre giving Evans an edge over his Michelin-shod rivals.

That tyre will work best on rallies with relative abrasive surfaces, where the temperature is warm but not hot.

Asked where he could repeat that performance, Evans said: "Portugal, next time out.

"Let's wait and see, but if the conditions are right then why not?" 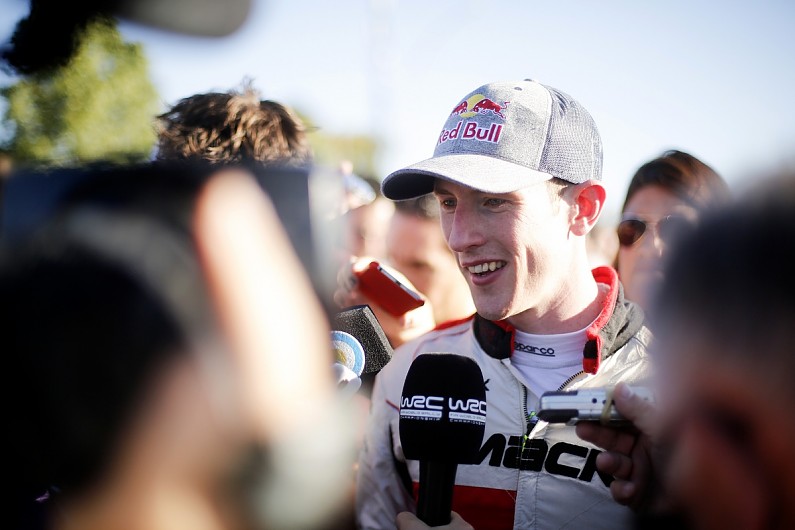 The 2017 season's only previous gravel round in Mexico was a non-event for DMACK as Evans required an engine change after shakedown and had to start the rally with a five-minute penalty.

He took three stage wins on the way to ninth there, despite overheating problems along the way.

"We have to be pleased with the new DMACK tyre," Evans said.

"We didn't really get a fair opportunity to show what it could do in Mexico and here it showed the potential it has.

"On a personal basis it will give a lot of confidence moving forward to the rallies coming up.

"We have to look at it on the positive side and move forward."