Sebastien Ogier has completed his first full test in M-Sport's Ford Fiesta WRC ahead of the 2017 World Rally Championship season.

The four-time world champion, who was confirmed at the British team earlier this week, has been driving the car close to Are in northern Sweden, on snow.

Having completed around 150 miles of running on Wednesday, he and co-driver Julien Ingrassia were expected to repeat that distance on Thursday.

The pair will now go on holiday and return to the test Fiesta in the second week in January for their Monte Carlo Rally preparations.

Team principal Malcolm Wilson told Autosport: "I spoke to Sebastien after the first day and he was happy.

"I have to say, there wasn't really a lot to report.

"They were running on a fast road and raised a couple of small things which we can easily sort."

What Ogier's deal means for M-Sport and the WRC

Ogier's only running in the car prior to the test in the snow was around 25 miles in Wales last month.

Wilson is confident that, while Ogier's time in the car will be short before the 2017 season opener, it will be enough for him to find his feet.

"We've done a lot of testing on asphalt," said Wilson, "and we're confident in the car's performance.

"If you look at how quickly he's adapted to the car, I really don't see it being a problem for him.

"I have no concerns about that at all." 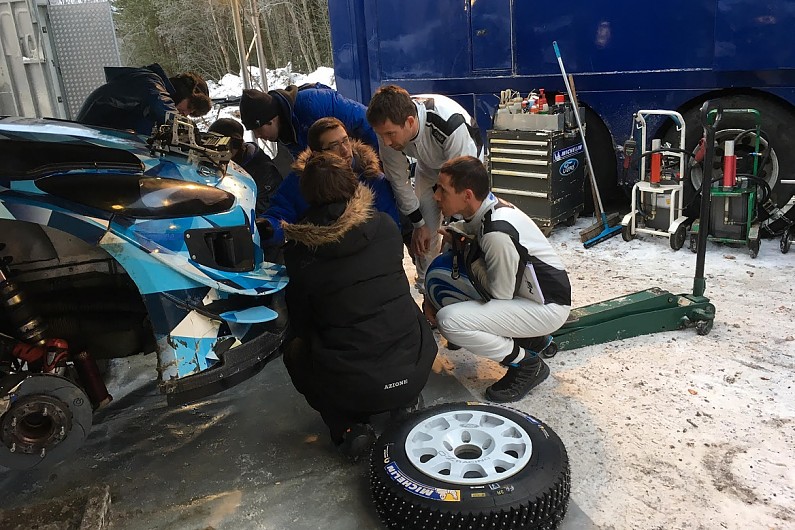 The Cumbrian added that he was delighted with the positive reaction to M-Sport's signing of the defending champions.

"It's a fantastic feeling," he said, "and that goes right through the whole staff at M-Sport - it's had such a positive effect across the board.

"I've already seen some of the documentation and dealings with Julien and with Seb and they are very, very professional.

"Like I said before, it's now no surprise that they are four-time champions.

"They're very focused on the job and looking to get themselves in the best position possible to take a fifth straight title."