The Frenchman agreed terms with M-Sport's Malcolm Wilson on Monday, having explored options to stay in the WRC since Volkswagen announced its end-of-2016 withdrawal last month.

Ogier sampled M-Sport's Ford Fiesta RS WRC - a car launched in Cumbria on Friday afternoon - in late-November, completing around 25 miles in Wales, and is expected to start testing in Sweden later this week.

"There will be a lot of new things this season, but I am definitely looking forward to it," Ogier said.

"We have a new generation of world rally cars, and a new team - it's certainly an exciting time.

What Ogier's deal means for the WRC and M-Sport

"There's not long before we line-up at the start of Rallye Monte-Carlo and we've not had a lot of seat time with the Ford Fiesta WRC, but we'll give it our best to be ready.

"We're aware of the challenges, and I can see how hungry Malcolm Wilson and his team are for success.

"It's funny to think that just a few months ago I was sitting at a motorsport forum at Wales Rally GB saying how nice it would be to work with him one day.

"I had no idea at the time that it would come quite so soon, but here we are!

"I'm looking forward to working with M-Sport, and we'll certainly be aiming to return them to the top-step of the podium!" 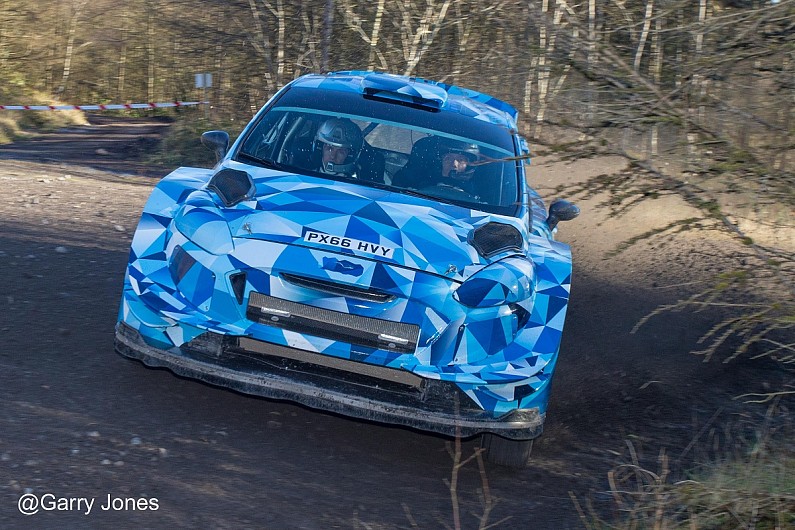 Wilson set his sights on signing Ogier immediately after news of Volkswagen's departure emerged and is delighted to have clinched a deal.

He is confident the new partnership will be enough to return the Cockermouth firm to the top step of the podium, M-Sport a two-time manufacturers' champion during its factory Ford days but not having won a round of the WRC since 2012.

"We go to Rallye Monte-Carlo with the number one on the door of the Ford Fiesta WRC and the strongest driver line-up we have had in years," Wilson said.

"To say we're excited about next season is an understatement.

"We believe that we have produced an exceptional car, and we are in the best possible position ahead of this exciting new era.

"I've made no secret of how much we wanted to work with Sebastien and Julien [Ingrassia], and it is fantastic to welcome them to the team.

"We have worked extremely hard to secure them, and they believe that the Ford Fiesta WRC is the car with which they can best defend their championship."

Of Volkswagen's 2016 drivers, only Andreas Mikkelsen remains unsigned, with Jari-Matti Latvala due to be announced as a Toyota driver on Tuesday.

Mikkelsen's options are extremely limited, with Elfyn Evans expected to sign for DMACK on Tuesday and Volkswagen and Qatar backers looking increasingly unlikely to agree terms on what's reckoned to be a €15m deal to run a customer team.