Mikko Hirvonen says he's still got what it takes to win in the World Rally Championship despite struggling for pace at last week's Rally Germany.

The Finn was outpaced across an entire event by his junior team-mate Elfyn Evans for the first time in Trier, and he has not won a WRC event since towards the end of 2012.

Hirvonen's contract with the British-based M-Sport team is up at the end of this year, but he says he wants to remain in the sport and he has options for 2015.

"I still believe I've got what it takes to win," said Hirvonen.

"All the rallies are important, but the next one in Australia is an important event for me - and so is Rally GB this year.

"I think we will have a good chance on those rallies to go and fight for the podium."

Talking about 2015 and the potential for remaining in a Ford Fiesta RS WRC, he added: "There are some things coming with the development [of the car], but it would be nice to get into a position where we are not thinking about money all of the time.

"I want to spend time in the car and move this thing forward - that's what we all want. We are keeping all of the doors open for next year."

M-Sport team principal Malcolm Wilson praised Evans for his efforts in Germany and in particular his maiden powerstage victory. 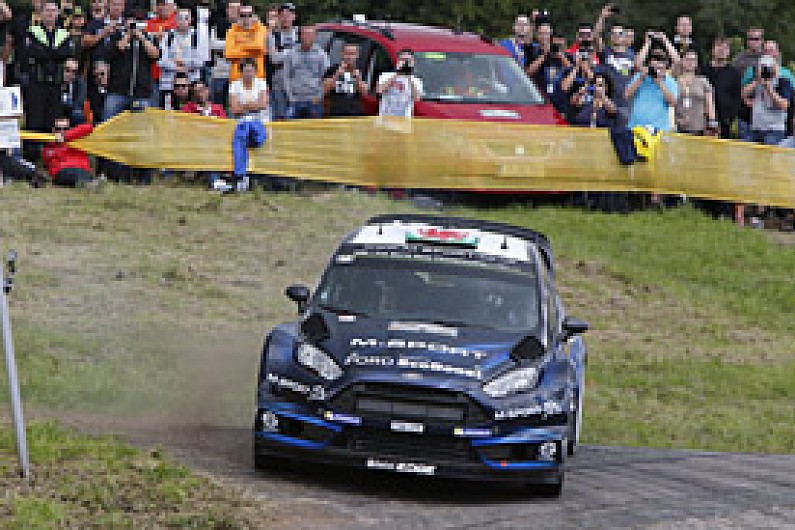 Wilson said: "This is definitely his best rally to date; that powerstage performance was brilliant. I'm so pleased with what he's done.

"This is his first real Tarmac rally in a World Rally Car and to see the times he's been doing is very encouraging and very impressive.

"What I'm also pleased with is the way he picked himself up after he went off the road in testing before the rally.

"I was straight on the phone to him telling him to forget about it, get back in the car and back on with the job. And he's done just that."