Paraphrased slightly, those were the words of then British prime minister Margaret Thatcher at the Conservative Party Conference in Blackpool in 1983. Now, whether or not you believed in the Youth Training Scheme - a tory take on Jim Callaghan's Youth Opportunities Programme - it was felt a YTS was a chance for youngsters to get involved in the working week, even if there were concerns about exploitation...

Looking back at Thatcherite policy is apt as the world says goodbye to The Iron Lady this week. The link for this column is tenuous, but timely. The opportunities Thatcher was reckoned keen to afford youngsters 30 years ago ring true in today's World Rally Championship.

As a young rally driver keen to make your way in the world, there has never been a better time for you to make your case, with both the Junior WRC and Citroen Top Driver schemes showing their true worth when they got underway on last week's Rally of Portugal.

Towards the back end of last year, there was considerable debate about who should run the Junior WRC. After two years with M-Sport and Ford, the whole thing went out to tender, with the likes of Renault, Citroen, Peugeot and Toyota (plus a couple of others reportedly sniffing around the fringe) interested in taking on the project.

Personally, I'm delighted to see the cars coming out of Cumbria again. Part of this is because I'm British and, on a personal level, supporting a British team and workforce is very important to me, but also for two other reasons: the efforts made by M-Sport to run the 2012 scheme in the face of absolute adversity when a Russian tried to flush our sport down the toilet, and the fact that the tried-and-tested Fiesta R2 is undoubtedly the best car for the Junior series.

Malcolm Wilson has long championed the ladder of opportunity. Every now and then, Ford would piggyback this idea, but Wilson was the constant who made everything happy - and the investor providing the cash when Ford's enthusiasm for ladders waned slightly.

As far as I could understand, Citroen came tremendously close to landing the deal to run the Junior WRC, but its answer was the DS3 R3T - to my mind, completely the wrong car.

The Fiesta R2 is racey, but not too racey, it's got some tweaks, but it's not too technical. Most importantly, the R2 remains standard enough to offer the best chance to spot a driver's stand-out ability.

The only downside to this year's Junior WRC - according to the drivers - is the run-up to the season, which I'm told was fraught with indecision and a lack of clarity on how much the scheme would cost, which tyres and what fuel they would be using. I know of at least two drivers who turned their back on the scheme because the thing wasn't up, running and out there soon enough.

The good news - the best news - is that the cost was reduced by the thick end of £5000 from last year. Offering better value than ever, Junior WRC cost £115,000 for six rounds of the WRC (admittedly running a shortened route).

Driver and co-driver just have to get themselves to the rounds and find somewhere to sleep. Given that these events are only running in Europe, early and extensive internet research can ensure that those additional costs won't break the bank as well.

And, if it turns out you are the next Sebastien Loeb, what do you get for your investment? You get six rounds of WRC2 in a Ford Fiesta R5 car. That's six chances to showcase your talents in one of the most exciting and talked-about categories in world motorsport.

Now, having extolled the virtues of Junior WRC, does that mean there's no place for Citroen Top Driver? Absolutely not.

The more manufacturers running schemes like these the better - it forces them to provide ultimate value and benefit for the lowest possible cost. And that only helps one person: the up-and-coming driver, the talent of tomorrow.

Unlike Junior WRC, the CTD scheme is not a centrally controlled arrive-and-drive series. Instead, teams have to register two cars and run them with assistance from Citroen Racing. The cars come in kit form and are all built to identical and precise specifications. Like Junior WRC, CTD runs six rounds, but the calendars do vary slightly.

Personally, I prefer the CTD timetable, which doesn't divide the season into a gravel first half and asphalt second half - with the exception of a day on the Catalan dirt - for the finale.

The prize for Citroen's series is identical to that of M-Sport's Junior WRC: six WRC2 rounds in an R5 car.

Tackling CTD will undoubtedly cost you more, but you'll be driving a faster R3 category car that encompasses more technology and gives you a slightly deeper insight into setting up the car and using that side of the sport to give yourself and advantage. CTD is for the more experienced driver - which is why triple British champion Keith Cronin and Monte Carlo Rally winner Bryan Bouffier were in there fighting for the French honours in Faro.

Now, Maggie might have reckoned youth had never had it so good in the Eighties. But she was wrong.

The world rally youth of today has never had it so good as today. Pathways to the top of the sport are becoming clearer, more concise and paved with more and more gold than ever before.

Now all we need are more and more manufacturers to come to the top of the sport to house all this talent coming through. 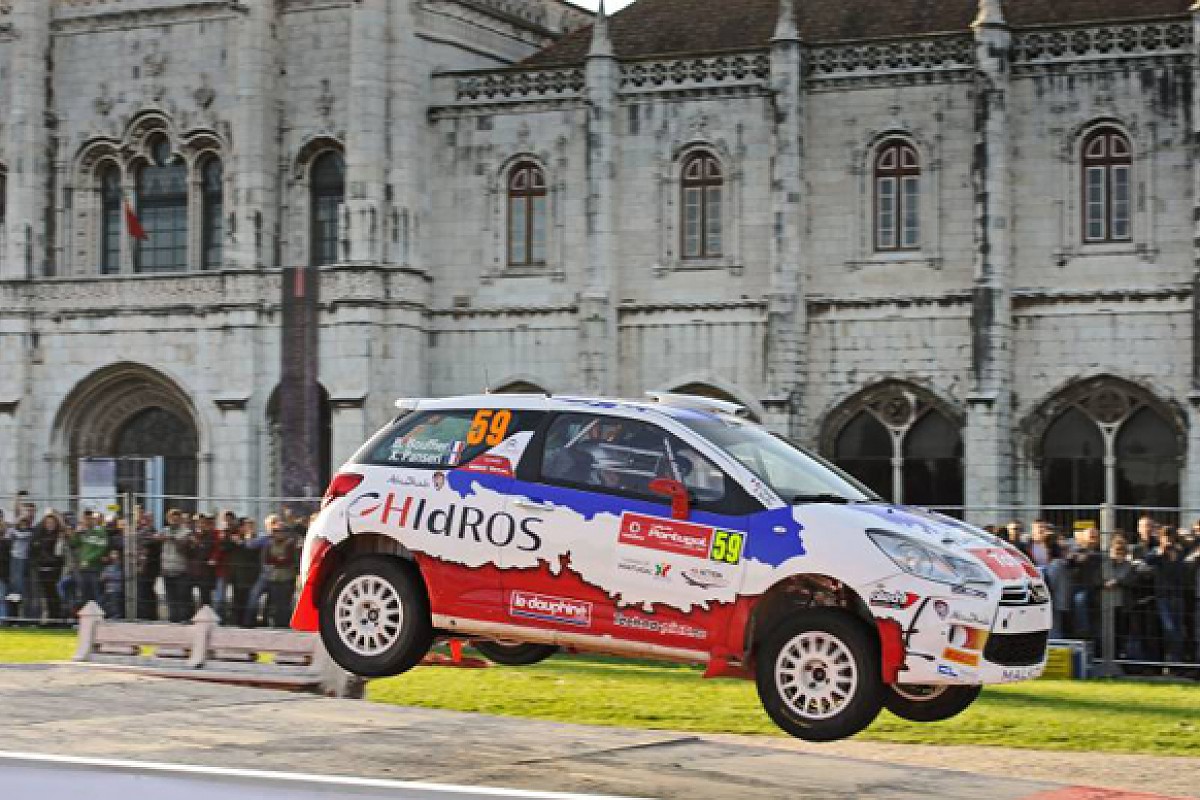