A 10-round calendar for the 2021 World Rallycross Championship has been revealed following an FIA World Motor Sport Council meeting, and includes a return to the Kouvola circuit in Finland

Finland was introduced in 2020 to the revised coronavirus-hit calendar as a one-off, but following the success of the series' return to the Kouvola venue, the round has again been included in the 2021 calendar.

Compared to previous campaigns the World RX season next year will begin late, starting at Spa Francorchamps in Belgium on 22-23 May, before a trio of Nordic rounds take place over four weeks. Hell in Norway will run on 12-13 June, then Kouvola in Finland (19-20 June) and Holjes in Sweden on 3-4 July.

For the first time, World RX's Spanish round at the Catalunya-Barcelona circuit will be held in the middle of summer (24-25 July), a week before the series visits the Nurburgring in Germany for the first time on 31 July-1 August following the postponement and then cancellation of the circuit's 2020 round.

The French round at Loheac maintains its traditional slot on 4-5 September, sandwiched in the schedule between two TBC events. 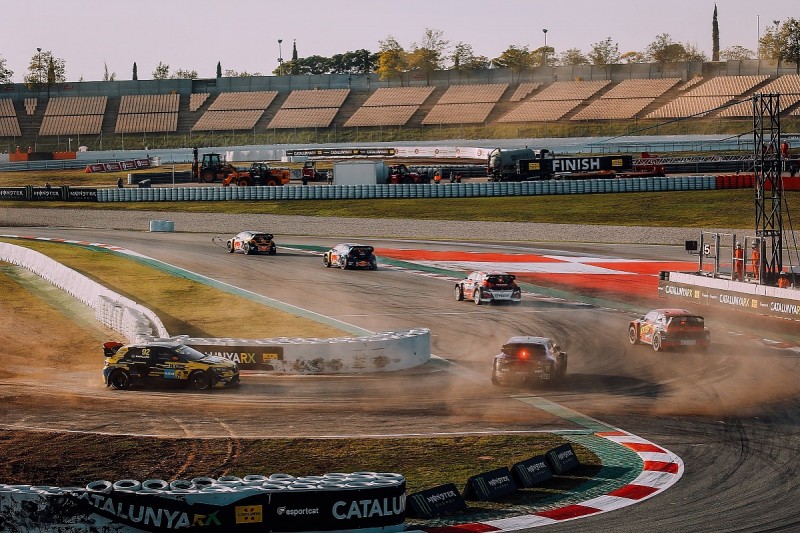 An undisclosed venue in Europe will host the seventh round on 21-22 August, while the provisional calendar indicates that the penultimate round will be held in the Middle East or Asia on 15-16 October, but doesn't confirm the venue that will be used.

World RX made its Middle East debut at the Yas Marina circuit in Abu Dhabi last year, but remained in Europe for its revised 2020 season due to coronavirus restrictions.

The 2021 finale is due to take place at the Killarney Circuit on the outskirts of Cape Town in South Africa on 27-28 November.

Also at the WMSC meeting on Wednesday an FIA announcement stated that members had "been updated with the aim of finalising a decision at the beginning of 2021," about a new promotor for the series, following the departure of World RX promotor IMG.

No further details were released though about who will take on the role of commercial rights holder for rallycross' top-flight from next year.