WRC Promotor and the FIA will collaborate to run the 2021 World RX season, and are working on finalising a multi-year promoter agreement for the German-based company to hold the commercial and media rights for the series.

A tender process was opened in October to find a new promotor for World RX after previous commercial rights holder IMG, who took over the discipline's highest level from 2013 and elevated it to World Championship status for 2014, confirmed its intention to pull out eight years into a 10-year deal.

A statement released by both the FIA and WRC Promoter said the WRC's commercial rights holder since 2012 "has committed to investment in the world championship and in particular the development of the future electrification of rallycross".

This year, the new all-electric FIA RX2e Championship will be launched as World RX's undercard, before the top-flight RX1 cars (formerly known as Supercar) are switched to electric power from 2022.

"We are pleased to be aligning with WRC Promoter as we build towards a ground-breaking electric future for the FIA World Rallycross Championship," said Peter Bayer, secretary general for sport at the FIA.

"The FIA and WRC Promoter have reached a common vision on how to work together for the benefit and the growth of rallycross.

"Our respective teams are working on a long-form agreement, look forward to commencing work on the 2021 championship and to the move of the sport towards a bright, more sustainable and greener future. 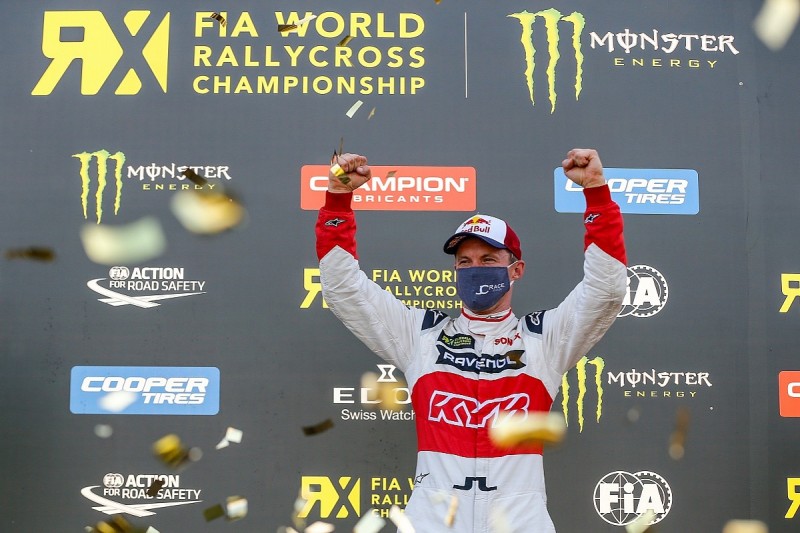 "We have worked extensively with the company as the promoter of the FIA World Rally Championship for a number of years and we anticipate they will bring the same energy and dynamism to the promotion of rallycross."

The FIA launched a second tender process in January in search for a promotor for the FIA European Rallycross Championship from 2022 to 2025.

The Euro RX series and its classes, RX1 (Supercar) and RX3 (Super1600) for conventional internal combustion engine machines will be promoted separately to the all-electric World RX roster from next year.

"We see strong growth potential in all areas and WRC Promoter is delighted to be at the forefront of a series focused on sustainable technology and e-mobility.

"Rallycross provides breathtaking thrills and spills and we will build new foundations to create an engaging and progressive platform for our global audience and partners."

The 2021 World RX season is due to get underway at the end of May, at the Spa Francorchamps circuit.

While the joint World RX/WRC round at the Belgian venue planned to incorporate stages of the Ypres WRC round last season didn't happen due to COVID-related cancellations, in can be expected that more World RX and WRC rounds will tie up in the future with WRC Promoter at the helm of both series.