World Rallycross Championship could be launched in 2014

The plans by IMG Motorsports, which are subject to approval from the FIA World Motor Sport Council in September, feature a series covering three continents, with events being considered in Turkey, Morocco, the USA and the Middle East.

The world championship will be for the headline Supercar category, and will feature a teams' championship alongside the drivers' title.

The series will continue to be based around Europe, with the majority of events that have featured in the 2013 ERX returning for 2014.

A European championship for Supercars will run alongside the world series, with a selected number of events counting towards the title.

Super1600 and TouringCar will continue to have European championship status and will run at all the events on the continent.

ERX managing director Martin Anayi said: "Off the back of an extremely successful year so far this year in Europe, we are pushing hard to deliver an FIA World Rallycross Championship a year earlier than expected in 2014.

"The calendar will look very similar to 2013 with the likely option being two additional events outside of Europe placed either side of the existing calendar. 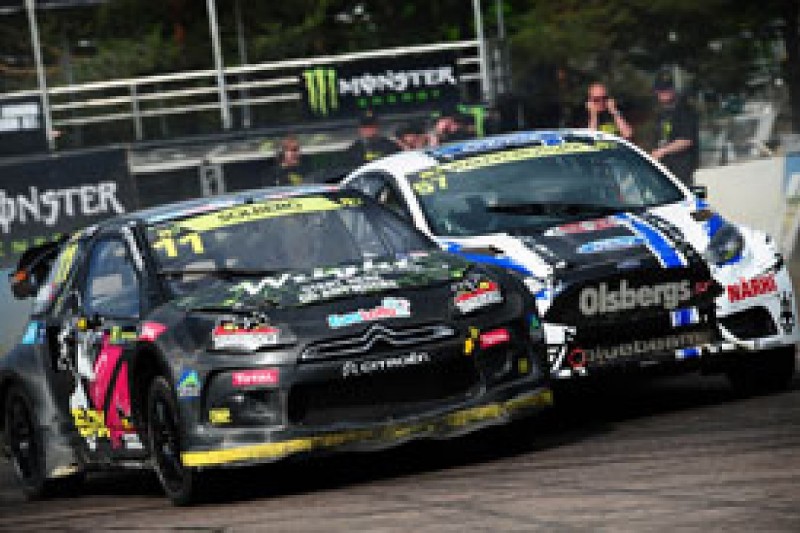 "We have had great interest from all over the World for the European series, including from Australia, Brazil, China and India.

"We will, however, grow in a sensible and organic manner which means regular consultation with our key stakeholders - being the FIA, drivers and teams predominantly but also our broadcast partners, sponsors and organisers.

"We will continue to run the European championship with an open driver championship for all three classes, as this year."

Watch the next round of the European Rallycross Championship live on AUTOSPORT on September 1 as rally legend Sebastien Loeb joins the field in France.