Autosport revealed last week that World RX commercial rights holder IMG would step away from the discipline at the end of the current campaign, and this has now been officially confirmed by the FIA.

"The announcement follows discussions between IMG and the FIA, in which IMG has expressed a desire not to continue as the World RX promoter in 2021 and 2022," said a statement from the governing body.

"Discussions between the FIA and IMG are ongoing. The FIA remains committed to ensuring the ongoing success of the championship."

The statement also reveals that World Rallycross's top tier will be fully electric from 2022.

The plan had been to introduce electric cars into World RX's top category to race against existing internal combustion engined machines in 2021, but this was delayed amid the coronavirus pandemic.

"The FIA is committed to the evolution of rallycross with World RX in 2021 alongside RX2e - the first-ever FIA electric Rallycross Championship," continued the statement.

"From 2022, World RX will become fully electric as part of the FIA's long-term vision for the sport, which was first revealed in 2019." 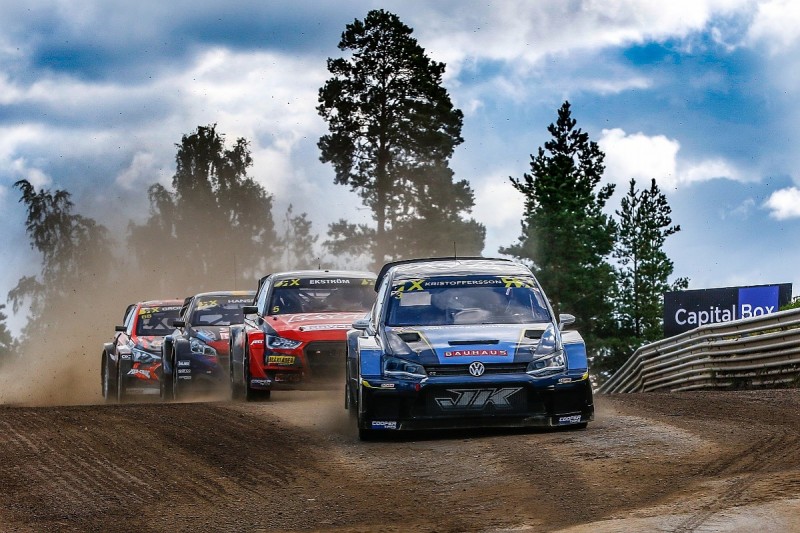 No invitation to tender for the promoter position has been released by the FIA, and instead interested parties have been asked to contact the Off-Road Commission category manager Benoit Dupont.

Categories within FIA rallycross' structure were renamed at the World Motor Sport Council's latest meeting last week, which will come into effect from 2021.

While the Kreisel-developed kit for World RX's electric transition is yet to be completed, the QEV Technologies and Olsbergs MSE developed single-make car that will be run on an arrive and drive basis in RX2e is currently undergoing testing, and has so far been run at tracks in Spain and Denmark, driven by Euro RX points leader and double RX2 champion Oliver Eriksson.