Catalan authorities have been increasing measures to combat the COVID-19 outbreak in the Spanish region.

A statement released by World RX promotor IMG last week said: "In light of the Generalitat de Catalunya's decree to currently suspend all live sporting events in response to the evolving COVID-19 (coronavirus) situation, this year's World RX of Catalunya-Barcelona on April 18-19 has been postponed.

"This decision was made after careful consideration and consultation with the FIA, the Spanish ASN and the local event organiser, as the health and safety of everyone involved remains the top priority.

"We are looking into an alternative date for the event in conjunction with the local event organiser."

WRX has now confirmed on Friday 20 March that the round in Portugal at the start of May has also been postponed.

Elsewhere in rallycross, the Titans RX Europe series has postponed the opening rounds of its 2020 campaign, and will not travel to Canada as intended in 2020, in a bid to make space in the calendar for European events later in the year.

"We are sorry to announce today that due to the coronavirus panic our Titans RX 2020 calendar will have to be rescheduled," said the series in a statement.

"We are in talks with the race tracks and wait for a clearer picture about the length of the scare.

"We have agreed with GP3R [Grand Prix du Trois-Rivieres] in Canada that our first race there will be postponed to 2021 to make room for our rescheduled European races." 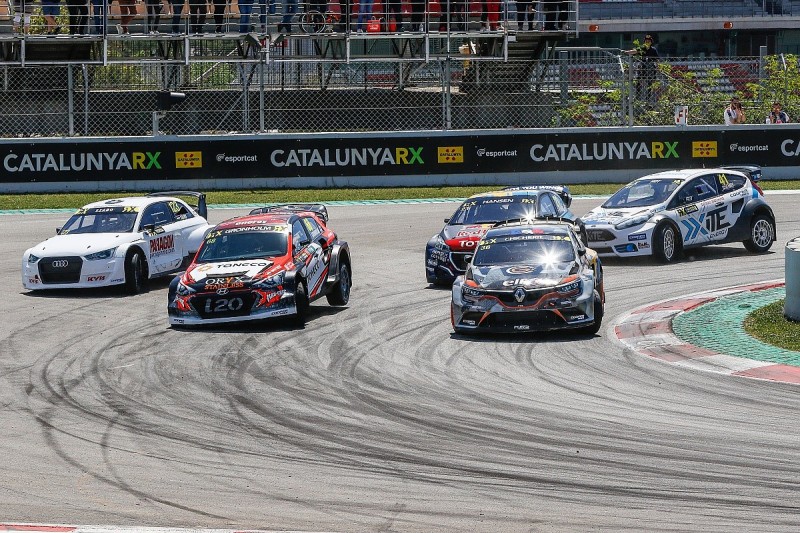 The annual RallyX on Ice event in Sweden, this year planned to take place over in a single day on 28 March as part of the week-long Sm-veckan 'Winter Olympics' in Lulea, Sweden, has been cancelled, with the Swedish Public Health Agency introducing a suspension on events with more than 500 people, coming from March 12 for the foreseeable future.

"We regrettably confirm that RallyX on Ice 2020 has been cancelled," said RX Promotion CEO, Jan-Erik Steen.

"Whilst clearly disappointed, we fully support RF and SVT's decision.

"In all circumstances, the health of our officials, competitors and spectators must come first.

"Rest assured, RallyX on Ice will return in 2021, and we will all do our utmost to ensure it is bigger and better than ever next year."

The opening round of the French Rallycross Championship has also been postponed, due to take place at Lessay on 18-19 April.

While the Lessay round is planned to be held later in the year, the series hopes to begin its '20 campaign at Essay on 23-24 May, while the first round of the Central European Zone Rallycross Championship due to be held at Mariapocs in Hungary has also been postponed.

An open day for the RX Italia '20 season has also been postponed, along with the annual pre-season rallycross test day set to be held at former European Championship venue Valkenswaard in the Netherlands.