Ma will become the first Chinese driver to race in the series at the Barcelona event, having tested STARD's Ford Fiesta Supercar in Austria and France in the close-season.

"The Supercar is definitely a monster," Ma told Autosport.

"The acceleration is amazing but more than that, the car impressed me even more in the corners.

"The grip level is much more than you expect and the handling of the car is more manageable than a single-seater or front-wheel-drive because usually if we are sideways that means something horrible is happening, but here it's every corner."

Having only previously competed in touring cars and single-seaters, driving on loose surfaces has been a new experience for the former Would Touring Car Championship racer who tested for both the HRT and Caterham F1 teams.

"It's quite tricky because to drive on both different materials of the track in one lap is something very different to what I've experienced before," Ma added.

"The way to drive for sure is really different. I can pick some of the technical parts from the circuit driving, but not all of it. 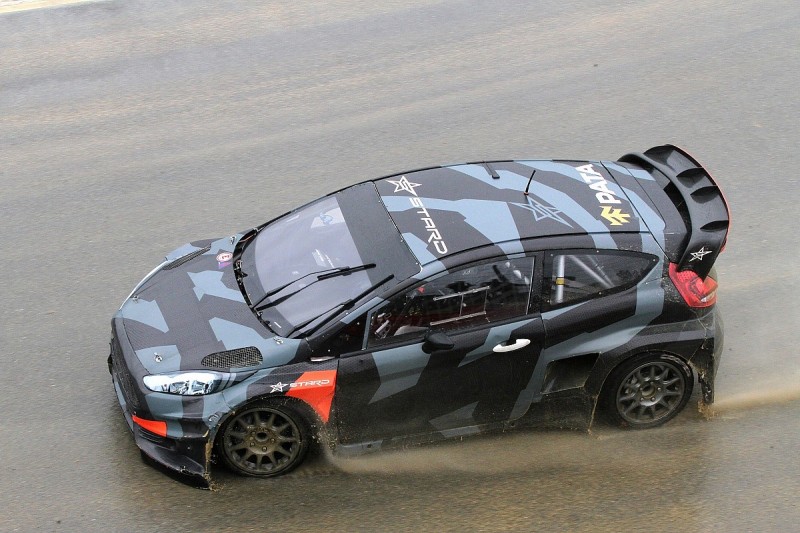 "I'm still learning, it is still very much the compromise from both techniques.

"But I'm quite happy with that and I'm enjoying the big horsepower of this World RX car, so it's really nice."

Qing Hua is enjoying working with World RX Supercar regular Baumanis and says the challenge of being competitive in the series should not be underestimated.

"We have a good driver here in Janis and the team has data from before so it is the perfect way to learn," he said.

"When World Rallycross first started it really impressed me. It's not like Lewis Hamilton could come here and win the races, that's not possible.

"It is experience more from everything; rally, circuit driving and maybe different things too, maybe something from drifting, I don't know."

STARD CEO Michael Sakowicz says that running a second 'non-permanent' entry for Ma and others gives the team more options for development.

"We decided to enter the second car as a race-by-race entry to have some more flexibility for future developments," he told Autosport.

"With the new regulations you have to declare quite a lot of technical features on each permanent car and we have some bg plans to upgrade the cars throughout the 2018 season.

"We will run various drivers, one of which will be Ma, but he has quite a big priority with his Formula E commitments so we will see how many and which races he will be able to do. For sure we hope to do a few with him."