He will race alongside owner-driver Rene Munnich, having driven for the team in the 2014 WTCC, winning its only event at the Hungaroring.

"I know that the World Rallycross Championship is at a very high level, but it's something new, something very exciting and very nice," Morbidelli told Autosport.

"The level will make it difficult for me. I've spoken about rallycross with Rene and he's told me a lot about it.

"It looks incredibly fun and exciting from the outside, so I think it will also be from the inside, but it's difficult to say much more with no experience.

"I think my most difficult challenge will be driving on the gravel, something I've never driven on.

"I'm hoping that we can test in Italy before so I can get a little used to the car."

Morbidelli has driven in a number of different touring car classes since making his last F1 start in 1997, and predicts that the nature of the cars - on top of the surface change - will be another learning curve.

"In the last few years I haven't driven cars as powerful [as a rallycross Supercar], and mainly front-wheel drive [cars]," he said.

"I must admit it will be difficult to adapt myself again to the four-wheel drive and with so much power. The style of driving will be completely different.

"But, until you are sitting there with the steering wheel in your hands, you don't really know what they are like to drive.

"Many of my circuit racing colleagues have been in a little trouble in rallycross even if they have had some testing before, so for me it will be difficult to begin with." 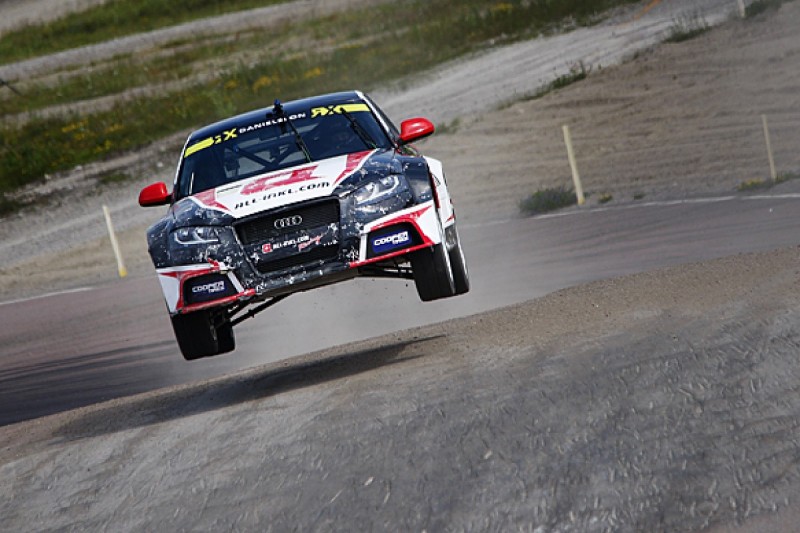