Double World Rallycross champion Johan Kristoffersson will return to the series this year with a works-built Volkswagen Polo Supercar, run as a private effort by Kristoffersson Motorsport

Kristoffersson won 11 of 12 rounds in 2018 in the defence of his first World RX crown, but was left without a rallycross seat when the PSRX Volkswagen team withdrew from the series at the end of that season.

The Swede raced in the World Touring Car Cup last year, but his plans of continuing in the series were cut short when Volkswagen ended its works internal combustion engine motorsport programmes in November.

Kristoffersson will now drive a Polo 'identical with the one that took him to the title in 2018' as an individual entry in World RX this year, run out of KMS's workshops in Arvika under the Volkswagen Dealerteam Bauhaus banner.

"My aim is to fight for the title," said Kristoffersson.

"It's been a hectic period and there have been many alternatives, but right now I feel really satisfied.

"Rallycross is very close to my heart and returning to rallycross means that rally and racing will be put in the background for 2020.

"All our energy and focus is on World RX."

KMS returned to rallycross with a Volkswagen Sirocco in 2013, before switching to a trio of Volkswagen Polos from the start of the World Championship in 2014.

The team stopped running in World RX when Kristoffersson joined the works-backed PSRX squad in 2017.

"I'm really looking forward to this season and it is special to do it with Kristoffersson Motorsport," said the 31-year old.

"When we entered rallycross in 2014 we set a three-year plan to become world champions.

"It succeeded, however with PSRX, where I had two fantastic years, some of our own staff were on the substitutes bench.

"That's why it's so extremely nice to do this [together]." 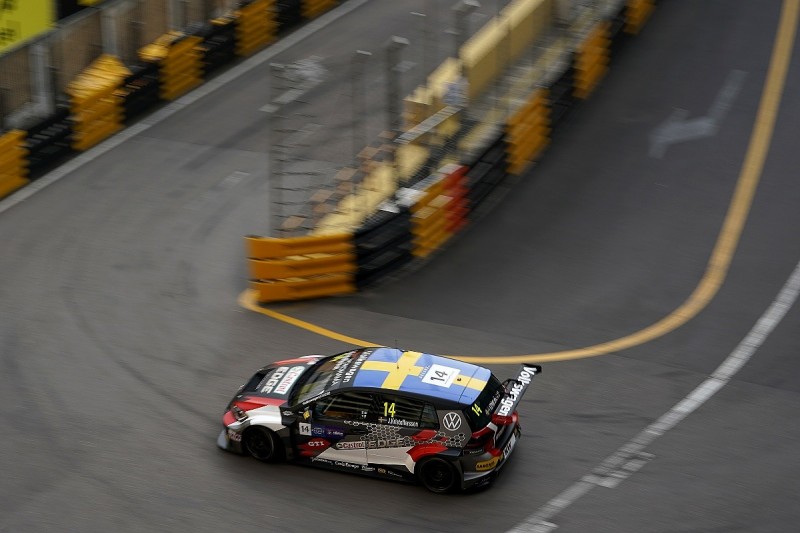 Despite a year away from rallycross, Kristoffersson says his mixed programme of circuit racing and rallying will only help him for this year. "I have learnt from both rally and racing.

"That mix is what makes rallycross. Spa looks awesome, and Abu Dhabi is also new to me," he said.

KMS team principal Tommy Kristoffersson says the team is yet to secure the budget for the whole season, but is hoping for solid results early in the year to see out the campaign.

"To run a family team in the world championship is really above our heads, but thanks to great support from our main partners, the Volkswagen dealers in Sweden and BAUHAUS, we felt it was worth giving it a go," he said.

"This has been another of those moments when you don't take no for an answer.

"Instead you build arguments strong enough to get a 'yes' in the end.

"It takes an enormous amount of effort, but we have built our credibility over the years, not least with the delivery from Johan.

"We hope to score good results early on, giving us a chance for extra support for the later part of the season."

Kristoffersson Snr also has eyes on World RX's future, with electric cars set to join the top-flight Supercar category from next year.

"It has always been a privilege to work with Volkswagen," he said.

"Together with their development department I hope for us to be a part of future motorsport.

"Rallycross is a perfect product for electrification and there is no better way to run development work than through motorsport." 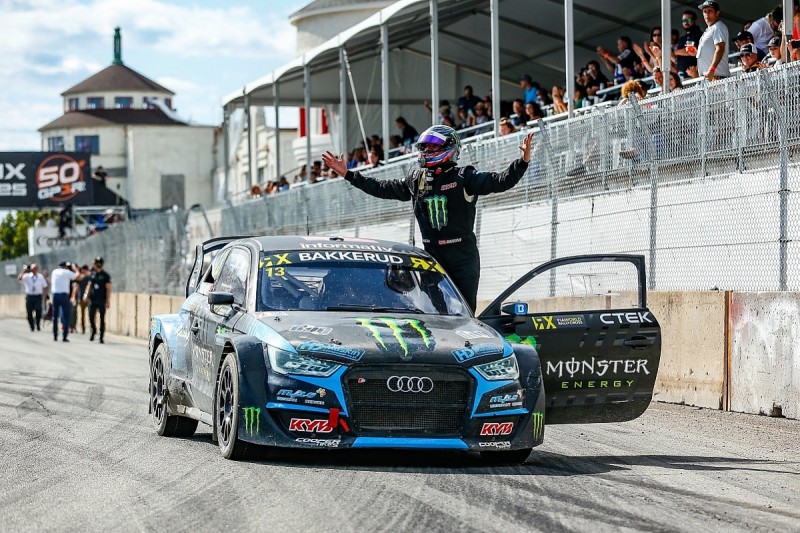 X Games gold medallist Doran has previous experience of racing the Megane, in a handful of World RX and Americas Rallycross starts in 2018, while Bakkerud tested with GCK at the end of the same season in South Africa.

The pair were initially team mates in Bakkerud's maiden Supercar campaign in 2013, racing in the European Championship and re-joined last year.

Bakkerud finished the 2019 campaign level on points with Swede Timmy Hansen after a dramatic season-finale in South Africa, but lost the title on wins count-back.