Last year Audi allowed Ekstrom to miss the DTM finale at Hockenheim in favour of the Estering RX event as he successfully pursued the rallycross title with his own EKS team, which subsequently earned full Audi Sport factory backing for 2017.

This season the two championships clash much earlier in their calendars, with the Norisring DTM races and Holjes World RX both on the first weekend of July.

Audi's head of motorsport Dieter Gass admitted that the timing of the dilemma, with the two series' title races still taking shape, meant "it'll be even harder to make a decision this time" but underlined that "essentially, the DTM programme does have priority for Mattias".

Ekstrom is currently in a stronger position in RX, where he is second in the standings after six of 12 rounds, eight points behind leader Johan Kristoffersson, having won the season's first three events.

He is only sixth in the DTM, 37 points off leader Lucas Auer, but just two of the series' nine meetings have taken place so far - with the next happening before the clash, at the Hungaroring this weekend.

FIA regulations for 2017 allow a World RX team to change its nominated driver until the preceding Monday, meaning Audi Sport has until June 26 to make a final decision about Ekstrom.

"You have to put the name on the entry form and there are some rules that you can't enter more than one race [on the same weekend], which is obvious because I'm only one person," Ekstrom told Autosport.

"For the moment it is most likely that I will do Norisring and PG will do Holjes.

"The good thing is that the FIA made a change in the regulations, so we have time to make a correction if we want depending on the results in Budapest and from the last races in World RX. 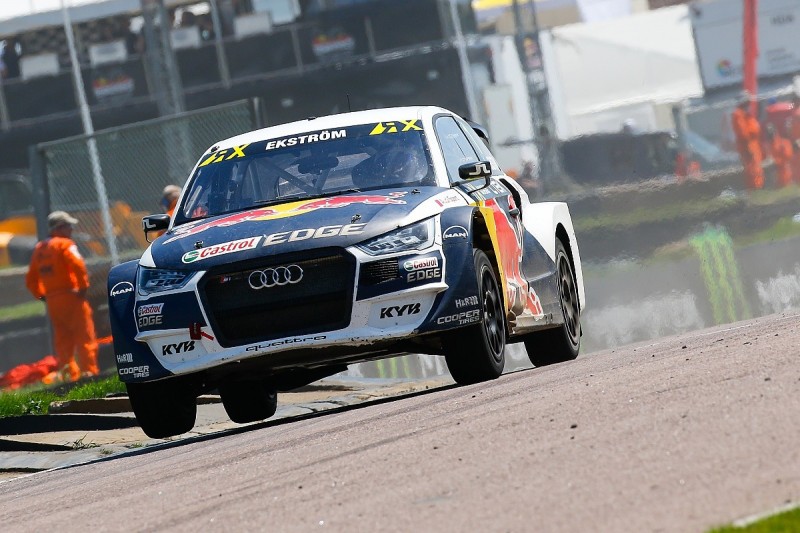 Ekstrom has been able to dovetail DTM and World RX duties on the same weekend when the championships have shared a bill at Hockenheim in recent years.

There are no further clashes after the Norising/Holjes weekend.

Ekstrom's potential stand-in Andersson made a one-off appearance with EKS at the Istanbul Park World RX round in 2014, and contested most of the following season for Marklund Motorsport.

As the cars have to be shipped to Canada for the Trois Rivieres round straight after Holjes, Ekstrom said having an experienced substitute was a priority.

"I expect if you take young kids, they would take more risks as a one-off and if the car would be damaged, we wouldn't have any cars to send to Canada," he said.

"We're taking an experienced guy who we all trust and like a lot."