The series, which was initiated in the wake of the demise of the America-based Global Rallycross Championship, was run over four rounds in its first season - three alongside World RX events plus a standalone on a new RX track at Formula 1's United States Grand Prix venue Austin.

ARX expanded to six rounds this year with new rallycross circuits built at Mid-Ohio and Gateway.

But although the entry included teams with degrees of factory support, including from Volkswagen and Subaru, only seven Supercars contested most of the 2019 campaign.

A statement from the series said it was ending because efforts to secure long-term commercial partners had failed.

"After consultation with a wide group of stakeholders and interested parties, IMG has taken the difficult decision to not extend the Americas Rallycross Championship beyond the 2019 season," said the statement.

"Over the past few months, IMG had been exploring a number of options with commercial partners to secure the long-term future of the championship but, unfortunately, none of those options came to fruition."

Speed's 2018 team-mate Tanner Foust then used the car in its last season of competition before being retired by VW this year to claim the series crown. 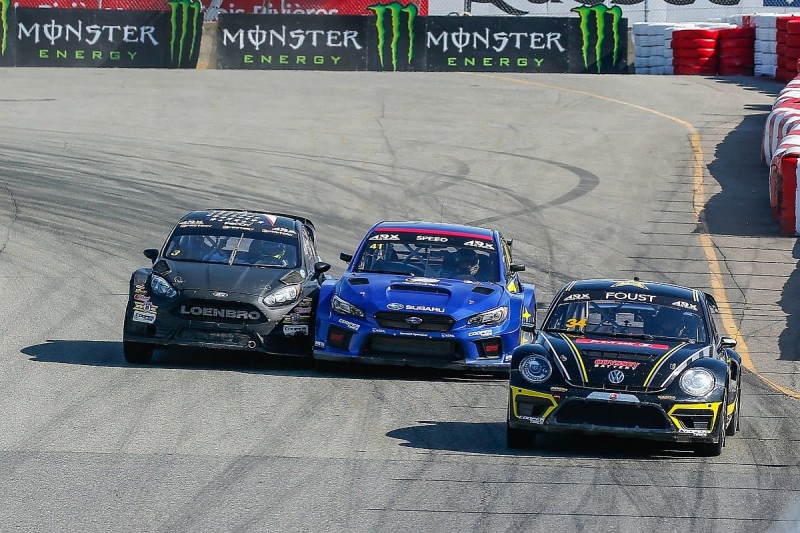 Having switched to the Vermont SportsCar-operated Subaru Motorsports USA team for 2019, Speed was forced to withdraw from the series ahead of the final two events due to a broken back sustained on landing from a jump at a Nitro Rallycross event in August. He was leading the ARX standings at the time.

With World RX dropping its American round at Austin from the 2019 calendar and the Canadian event in Trois-Rivieres also gone for 2020, there are currently no planned IMG-run rallycross events scheduled for America next year.

"The expanding footprint of the FIA World Rallycross Championship means that we may revisit the possibility of the inclusion of a North American round on the world calendar in the future," said the statement.

That is likely to leave Nitro Rallycross representing the discipline in America next season.

Part of Travis Pastrana's Nitro World Games concept, Nitro Rallycross has run as a standalone event at the Utah Motorsports Campus for the past two years and is expected to hold at least one event in America in 2020.