An eight-round schedule has been provisionally announced for the 2019/20 World Endurance Championship season, with Bahrain returning after a year's absence

After the series' transitional 2018/19 season, which encompasses two editions of the Le Mans 24 Hours, 2019/20 will mark the first true winter calendar for the WEC - commencing in September 2019 at Silverstone and concluding in June 2020 at La Sarthe.

It will also feature more varied race lengths, with two four-hour races, three-six hour events and an eight-hour contest in addition to the 1000-mile Sebring fixture and Le Mans.

Silverstone will play host to the curtain-raiser with a four-hour race, before the calendar moves on to its Asian leg with races at Fuji in October and Shanghai in November - the latter race also being cut to four hours.

Bahrain will host the fourth round, having previously served as the season finale before it was dropped for 2018/19, with an extended eight-hour race.

The previously-announced Interlagos race has been given a date of February 1, putting it directly before the 1000 Miles of Sebring round in March. Sebring's date has yet to be confirmed by IMSA, which runs the 12 Hours on the same weekend. 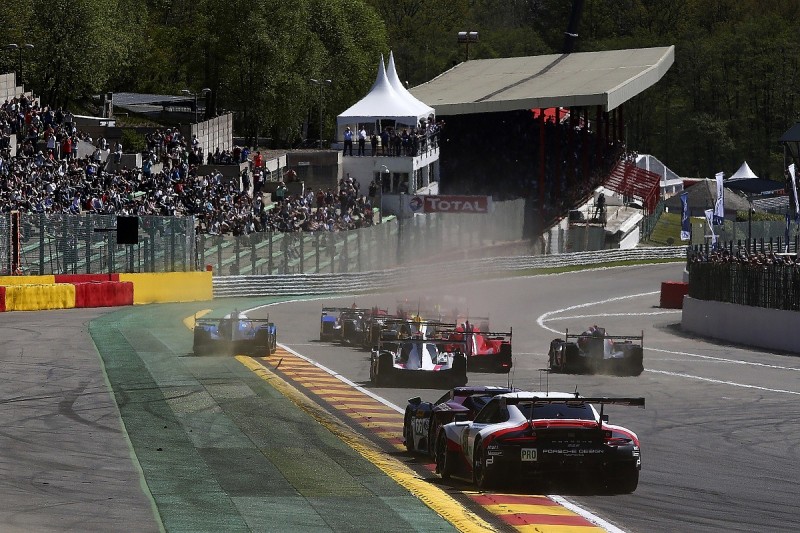 Spa will then take up its traditional May slot, serving as the penultimate round, before the finale at Le Mans in June.

WEC boss Gerard Neveu commented: "Our fans spoke, we listened and have reacted. Naturally we have had a period of consultation with our partners and competitors, and we believe that this new calendar will meet their expectations and requirements as well as please the fans who are so important to us all.

"Our aim is to introduce an additional round to the 2020/21 calendar so that there is more or less an event every month to help maintain interest."

ACO president Pierre Fillon added: "We are very happy to be able to present a calendar which not only offers a large degree of stability and familiarity, but also moves with the times and responds to the wishes of its many fans around the world.

"With the 24 Hours of Le Mans as its cornerstone, the WEC continues to offer access to the most competitive and open championship possible, as well as presenting our automotive manufacturers with the perfect showcase for their products.

"The revisions to the race formats may echo endurance events of the past, but we never stop looking towards the future to ensure a sustainable, relevant and exciting championship."