The adjustments follow Toyota dominating at Le Mans, where the lead TS050 HYBRID finished 12 laps clear of the best of the privateers, the #3 Rebellion R-13.

This prompted calls for the FIA and the Automobile Club de l'Ouest to do more to close the performance gap between the Toyotas and non-hybrids, which has led to a series of changes to the EoT for next month's Silverstone WEC race.

The most significant of these is that the 0.25 percent laptime advantage promised to Toyota over its privateer opponents, worth half a second round one lap at Le Mans, has been eliminated.

In addition, the fuel flow for the non-hybrids has been upped to 115kg/h - up from 108kg/h at Le Mans - while the diameter of the fuel rig restrictor has also been increased.

Normally-aspirated cars - the two Rebellion R-13-Gibsons and the sole Gibson-powered DragonSpeed BR Engineering BR1 - have also been given a 15kg weight break. 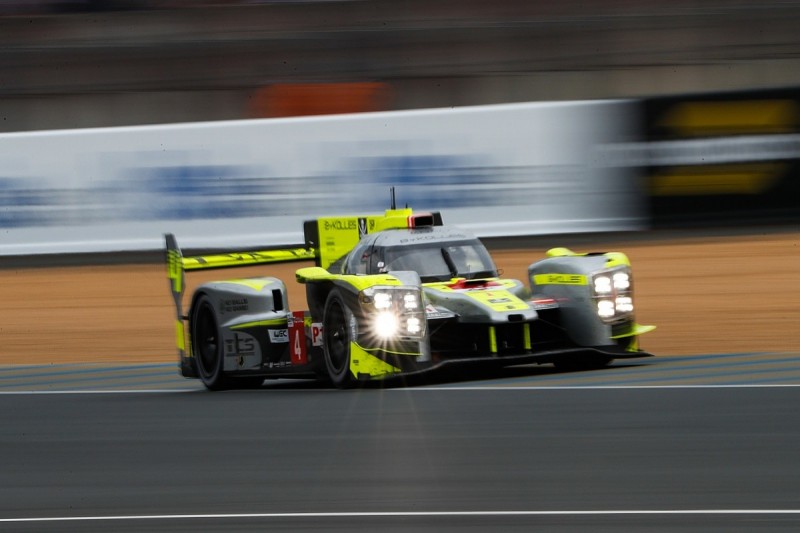 A WEC statement explained that the changes were designed to "ensure an appealing top category and achieve the best possible balance between the performance potential of cars using both hybrid and non-hybrid technologies."

The ACO's technical delegate Thierry Bouvet added: "As a result of the studies carried out this winter we gave private teams a fuel flow to help them achieve performance levels close to those of the hybrid cars.

"We then took advantage of concrete information collected during the Prologue, the first round at Spa and the Le Mans test day. As competitors know, not everything can be foreseen at Le Mans.

"For example, between the test day and qualifying at Le Mans the fastest time in the LMP2 category improved by 2.4 seconds compared to 0.2 seconds for the non-hybrid LMP1s.

"Several factors can explain this such as different track conditions or because the teams didn't want to compromise reliability.