The British track, which has had a place on series' schedule since its rebirth in 2012, has been dropped for the so-called 'superseason' in 2018/19, when the WEC will transition into a winter series climaxing at the Le Mans 24 Hours in 2019/20.

There was no room for Silverstone on the revamped schedule because of a reduction in the number of races over the 18 months of the 'superseason' to eight, one less than the current annual schedule.

But series boss Gerard Neveu said he was open to Silverstone being given a place on the seven-race 2019/20 schedule.

"We never close the door on Silverstone," said the Frenchman, who said it "broke my heart" to drop the race for 2018/19.

"In July, when we were at the Nurburgring we had a calendar 100 per cent ready for next season with Silverstone on board, probably in August.

"But the fact that Porsche left pushed us to immediately change to the 'superseason' and it was not possible to keep all the races because of the running costs." 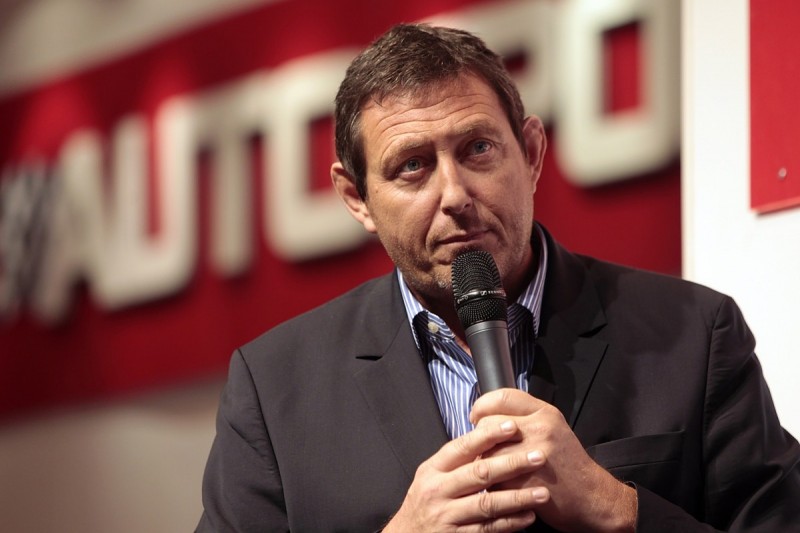 Neveu revealed that he and WEC promoter the Automobile Club de l'Ouest would maintain a relationship with Silverstone through the continuation of its European Le Mans Series fixture, which has run on the same bill as the WEC race since 2013.

"The ELMS will stay in Silverstone next season, but not at the same time of year," he explained.

The first true WEC winter season will take place in 2019/20, with a projected start date in October.

But Neveu did not rule out bringing that start forward to September, which would allow Silverstone to be incorporated into the calendar.

Silverstone's round of the Le Mans Series, the predecessor of both the WEC and the ELMS, took place in the first half of September between 2007 and '11.

Silverstone's managing director Stuart Pringle told Autosport that there was a real desire for the track to return to the schedule.

"We take the view that Silverstone has a long and proud history of world championship sportscar racing and that we are much more than just a grand prix track," he said.

"We have to accept that the WEC is going through a difficult phase and some tracks were always going to miss out, but we hope to get back on the roster."

Pringle said that Silverstone's preference would be for a late summer date to "allow us to market the event to the British fans at Le Mans".