Toyota ended the opening day of the World Endurance Championship's pre-season test at Barcelona fastest, but with a reduced advantage over the quickest of the LMP1 privateers 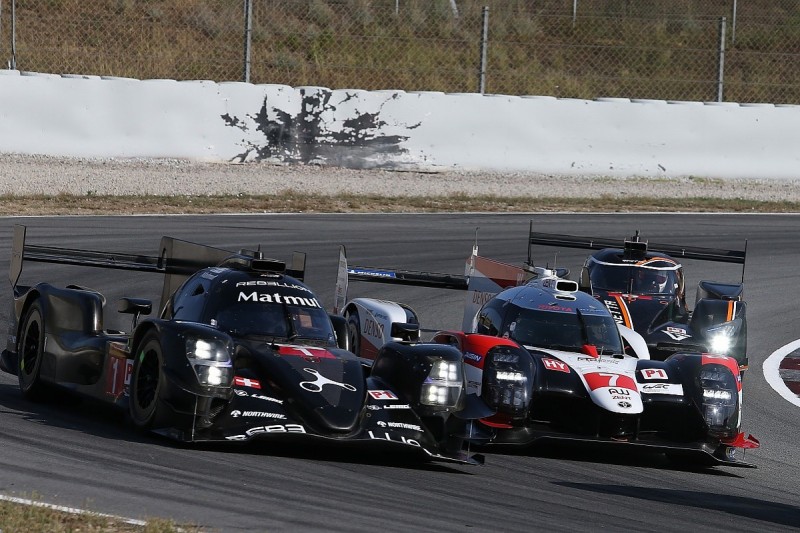