Despite one of its two cars being forced to start from the pitlane a lap down after being excluded from qualifying, Toyota finished with a dominant one-two - two laps up on the best of the Rebellion R-13s.

The gap in qualifying to the quickest non-hybrid car was 1.8 seconds, while the fastest race lap for a privateer - belonging to Rebellion driver Gustavo Menezes - was 1.3s down on the benchmark set by Mike Conway in the #7 TS050 Hybrid.

Toyota team manager Rob Leupen said he was surprised by the sheer size of the performance gulf to the privateers, but added that the advantage of running a hybrid system will be considerably less in the Le Mans 24 Hours next month.

"We are a bit surprised by the distance between us and the privateers, we didn't expect them to be that far," Leupen told Autosport.

"But we do have some advantages [at Spa] that we won't have at Le Mans.

"We boost more [per kilometre] than at Le Mans, so there it will be definitely tighter. Here we have 6.1MJ for 7km [circuit length], at Le Mans we have 8MJ for 13km."

He was adamant some of the private LMP1 designs show enough potential to be threats for Le Mans.

"The feedback of the drivers is that SMP [the BR Engineering BR1] is very quick," Leupen added.

"They ran [at Spa] with a low-downforce package, this was not the case with Rebellion. They were very strong in sector two.

"It's not a done deal [for Le Mans]. The question is where we go with the Equivalence of Technology and we'll see what the FIA and the ACO do with that." 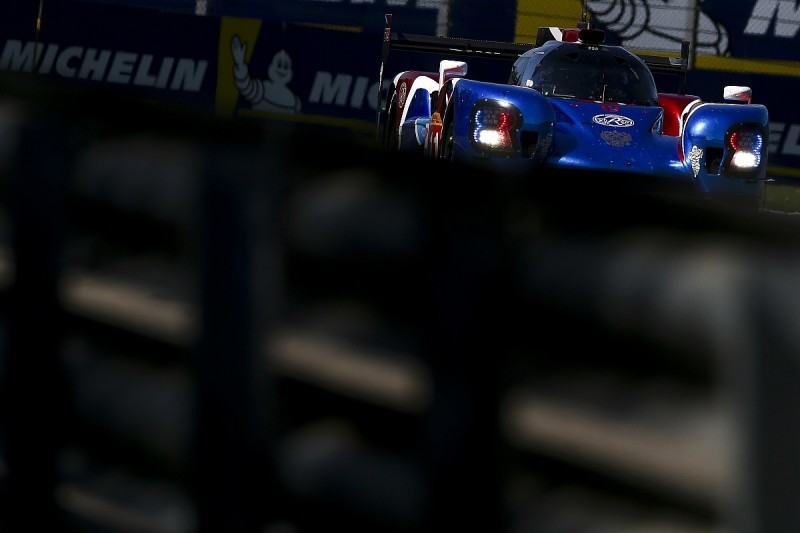 Jose Maria Lopez, one of the drivers of the #7 Toyota, said he was surprised that SMP Racing's pair of BR1-AERs (pictured above) in particular did not offer a stronger challenge after showing well in testing.

The only BR1 to finish was the #11 car of Vitaly Petrov and Mikhail Aleshin, which was five laps down in fifth after the exclusion of the third-placed #1 Rebellion car.

"With SMP, it was quite strange their performance because they were really quick everywhere else," Lopez told Autosport.

"We need to see, in the regulations we use more boost kilometre [at Spa] than at Le Mans. We are performing better here, so the distance [to the privateers] will be different at Le Mans.

"The performance level of the non-hybrids will be different, it's difficult to know the real performance of the other cars now."

Rebellion has already called for an EoT revision after Toyota's Spa whitewash, warning that the current state of play in LMP1 is not "attractive".