The Japanese manufacturer all but confirmed it will remain in the series at the end of season gala in Bahrain last month and an official statement regarding its renewed commitment is expected next week.

It is understood Toyota had been waiting to see the specifics of the FIA and Automobile Club de l'Ouest's plans to balance hybrid and non-hybrid LMP1 cars before making a final decision.

Long-serving drivers Sebastien Buemi, Kazuki Nakajima and Anthony Davidson are all expected to be retained, as are Mike Conway, Kamui Kobayashi and 2017 rookie Jose Maria Lopez.

"We keep the same six [drivers] for next season," team director Rob Leupen told Autosport. "We have long-term contracts, and we stand by those."

But Fernando Alonso's potential assault on the Le Mans 24 Hours and other WEC rounds with Toyota leaves question marks about how the team's final line-up could look next season.

An expansion to a third car to accommodate the Spaniard is thought unlikely, meaning one of the six regulars could be forced to make way on an ad-hoc basis. 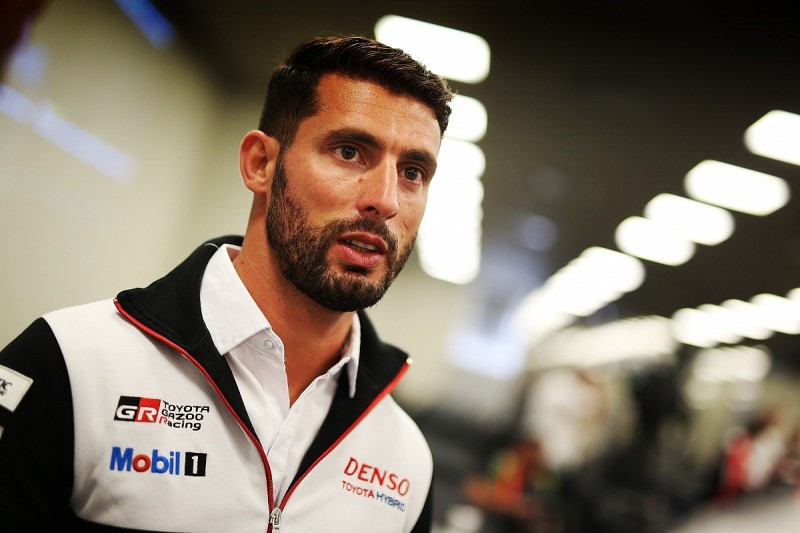 World Touring Car Championship convert Lopez has been the subject of rumours about his future following mistakes at Silverstone and Shanghai, with the latter costing Toyota a one-two finish and the chance to take the manufacturers' championship battle to the final race in Bahrain.

Asked about Lopez's situation, Leupen added: "It's his first year, and if you go back to Mike or Kamui's first season, everybody has made mistakes.

"So from that point of view, it's a learning curve and next year he has to deliver."

Lopez said he believes his 2017 season was generally positive despite his high-profile errors, and that his speed showed that leaving the WTCC was the right choice.

"I didn't come here to stay only one year," Lopez told Autosport.

"I had my time in WTCC, I probably could have stayed there forever and achieve more championships.

"[But] this was a fresh start for me, completely starting from zero, driving cars that are much quicker.

"It's been a learning season for me. With this decision I didn't stay in the comfort area.

"[I made] a few mistakes, but I think taking off those two weekends [Silverstone and Shanghai] it's been a good year for me.

"My pace in the races has been very good and that is the most positive.

"There are things that I can learn and I still will learn, especially traffic management.

"But I'm happy with my season and I'm happy to have taken the decision to be in this category."