The two Toyota TS050 HYBRIDs will be 10kg heavier than in 2018 under the Equivalence of Technology published for the pre-race test at Le Mans on June 2.

The latest EoT table, which is subject to change ahead of the final round of the World Endurance Championship on June 15/16, means that the half a second a lap advantage around Le Mans that was in place last year has been reduced.

This margin, equivalent to 0.25% per lap, was a condition of Toyota's acceptance of changes to the regulations ahead of the start of the 2018/19 WEC superseason as the rulemakers tried to close the gap between the remaining manufacturer in LMP1 and the privateers.

Toyota agreed to this advantage being wiped out ahead of the Fuji WEC round last October, but publicly stated at the time that its agreement with the rule makers meant it would be back in place for Le Mans.

A new deal appears to have been negotiated that will wipe out much of the notional half second.

Changes to the EoT and development by the privateers have reduced the gap to Toyota.

Toyota's advantage in qualifying at Spa, a circuit half the length of Le Mans, came down from 1.4s last year to 0.6s in the 2019 race earlier this month.

The additional 10kg is a reduction on the 26kg increase in minimum weight that Toyota accepted ahead of Fuji and has run in the WEC since. 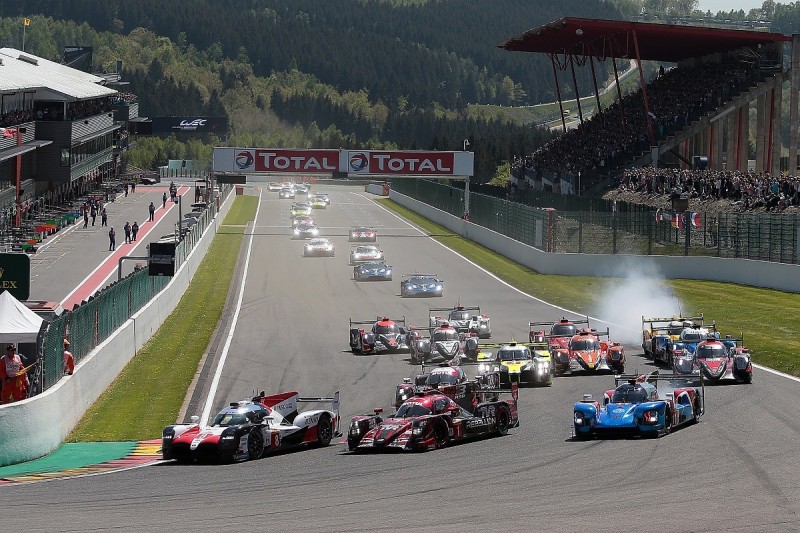 The decrease appears to reflect the lower amount of hybrid energy the Toyotas can release per kilometre around the long Le Mans lap than at other WEC races.

The Toyotas' new minimum weight is 888kg, down from the 904kg at which they raced at Fuji, Shanghai, Sebring and Spa.

The normally-aspirated cars that make up the rest of the field will have to weigh in at 816kg, a two kilogramme reduction from Sebring in March and a 27kg reduction from Le Mans last year.

Whether the TS050s will retain these for Le Mans next month isn't made clear in the latest EoT table.

The maximum petrol per stint figures have yet to defined for the privateers, though Toyota will be able to consume 35.1 litres as per last year.

This will mean 11-lap stints of the 8.47-mile Circuit de la Sarthe during dry, green-flag running.

The refuelling restrictors, which define the rate at which fuel goes into the cars, have also yet to be specified for the privateers.

The maximum fuel flow figures for the P1 field remain at 115kg per hour for the privateers and 80kg/h for the Toyota.

The privateers were given 115kg/h, an increase on the 108kg/h they ran at Le Mans in 2018, in advance of the Silverstone WEC round last August. 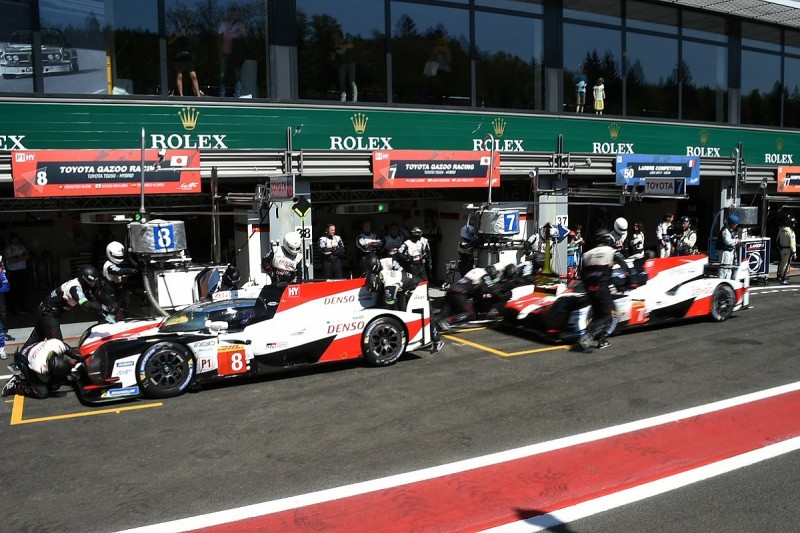