The Japanese manufacturer has confirmed that it will remain in the LMP1 division of the series for a seventh season on the release of the final technical and sporting regulations for 2018/19.

That coincided with the opening of entries for the superseason on Monday.

His short speech included the words "we will be back" and "see you next year".

Toyota was waiting for the final rules for 2018/19, which were signed off by the FIA World Motor Sport Council earlier this month, before firming up its continued WEC and the Le Mans 24 Hours commitment.

Tuesday's statement read: "Toyota Gazoo Racing will compete in the 2018-19 WEC season after reaffirming its commitment to the development of hybrid powertrain technology through motorsport. 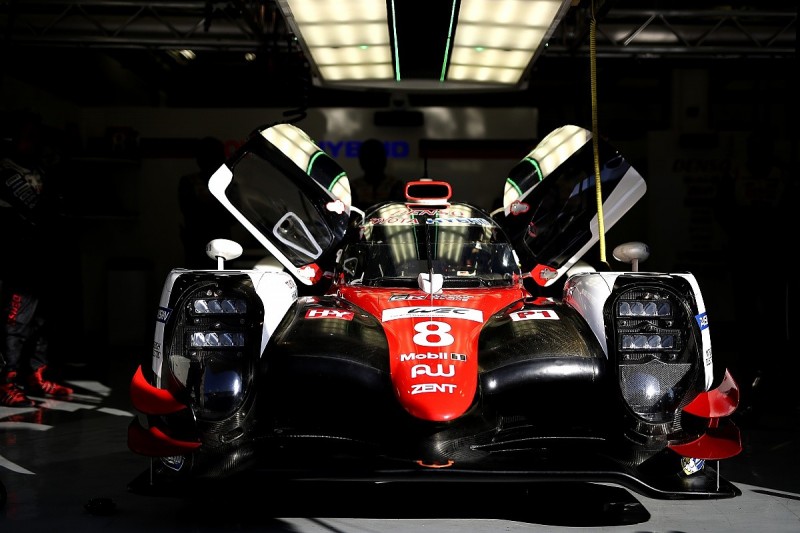 "Following the publication of the LMP1 regulations for next season, which Toyota has played an active part in defining, the team can commit to enter its TS050 HYBRID race cars for at least the 2018-19 season."

Toyota's statement said that it would release further details of its 2018/19 WEC campaign, including the drivers, early next year.

It traditionally announces its motorsport programmes in Japan in late January or early February.

TMG has already stated that it expects to head into the superseason with an unchanged driver line-up.

How two-time Formula 1 world champion Fernando Alonso, who tested a TS050 HYBRID in Bahrain last month, might be incorporated into that line-up agree a deal with Toyota for Le Mans remains unclear.

Company president Akio Toyoda explained that Toyota had decided the benefits of racing at Le Mans were still sufficient to stay in the WEC even with no manufacturer LMP1 rivals after Porsche's exit.

"It is highly regrettable that our rival in honing technologies on the roads of Le Mans has left," he said.

"Yet the WEC and particularly Le Mans still represents the optimal proving ground for achieving the goal of making cars fun for the next 100 years.

"The ever-better cars that Toyota pursues are honed and created via the extreme environment of motorsport.

"That is exactly why we will persistently engage in motorsport, without being swayed by the good and bad of economic times."