The Richard Mille Racing team will graduate to the World Endurance Championship this year with an all-female crew comprising Tatiana Calderon, Sophia Floersch and Beitske Visser

Calderon, Floersch and Visser will drive an ORECA 07 run by Signatech under the Richard Mille Racing banner in the LMP2 class, a year after competing as a trio in the European Le Mans Series for the same team.

Richard Mille's move to the WEC further bolsters an LMP2 class that has already had one addition in the form of Realteam, with Belgian squad WRT also eyeing an entry with an ORECA contender.

Although Jackie Chan DC Racing will no longer remain in the series in 2021, JOTA Sport, the squad that ran its cars, has expanded to a second entry to compensate for its departure.

A full WEC entry list for the six-round 2021 season will be announced on Thursday.

"It's an extremely motivating project as it transcends the sporting dimension by generating a lot of emotion and enthusiasm. 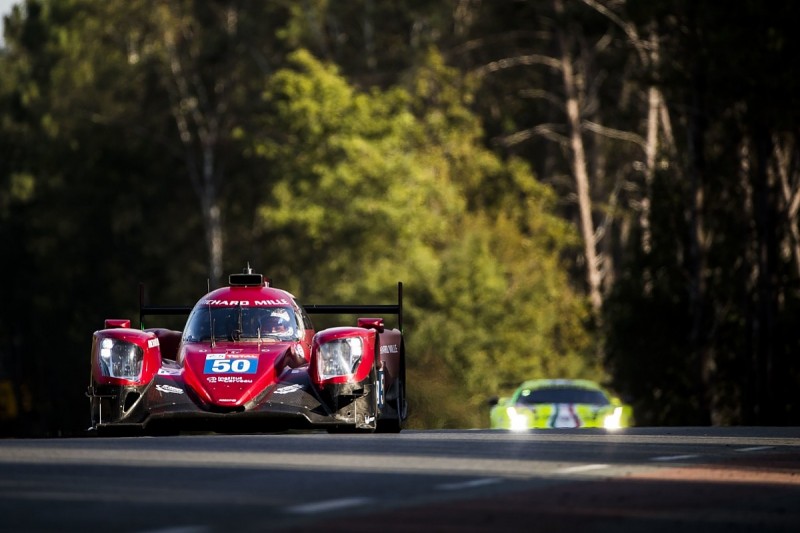 "We are taking a step forward in joining the FIA World Endurance Championship, but we are confident, given the skills and the learning curve of our three drivers.

"There will be some new things to figure out, notably with a new package and an operating balance different from last year's, given the rule changes in LMP2, but we have great ambitions. We've all seen that a great dynamic is developing within the team and that motivates us all the more to go for the best possible results."

Calderon will dovetail her WEC commitments with a second season in Japan's Super Formula series, where she will remain at the one-car, Honda-powered Drago Corse outfit.

'I am extremely grateful for the opportunity to continue with the Richard Mille Racing Team," she said.

"To race in the FIA World Endurance Championship against the best drivers in the world will definitely be another milestone in our careers. This year will bring new challenges. The car will have a bit less power and will run on Goodyear tyres.

"We will have to explore the car in testing as soon as possible, but the experience we gained last year will benefit us no matter what."

Visser was not originally due to drive for Richard Mille last year, but was drafted in by the outfit after its original signing Katherine Legge was sidelined following a huge crash in testing.

She went on to compete in four of the five ELMS rounds, plus Le Mans, and has now been signed for a full WEC season.

Floersch recently said she is looking for another dual programme in 2021, dovetailing her now-confirmed WEC commitments with a potential second season in FIA Formula 3.