Buemi brought the #8 Toyota GR010 Hybrid car to the finish at the Algarve International Circuit narrowly ahead of the #7 Kamui Kobayashi, Mike Conway and Jose Maria Lopez after a confusing double team order call, with Buemi briefly being ordered to let Lopez past before being handed the lead once again.

Alpine's grandfathered LMP1 chassis proved to be a match for the Toyota Hypercars after the World Endurance Championship's latest Balance of Performance tweaks ahead of Portugal's second round of the season.

Polesitter Nicolas Lapierre led the early stages of the race in the #38 Alpine A480-Gibson with what appeared to be a slight pace advantage on both Toyotas, but the LMP1 car's pace didn't prove sufficient to offset its shorter stint lengths, with the Toyota pair managing to make fewer pitstops.

Toyota and Alpine traded the lead on the rhythm of their pitstop cycles until the race was effectively reset with 2 hours and 30 minutes to go due to a safety car, coming out for Miro Konopka's stranded ARC Bratislava LMP2 car.

In the final segment of the race Alpine again had to make an extra pitstop for fuel, which dropped it back to third.

Lopez passed Buemi in the seventh hour, but Buemi was told his team-mate would need an extra splash of fuel at the end.

Indeed, Lopez brought the #7 in with 1h06m minutes to go, guaranteeing an extra pitstop in the final hour, while Buemi carried on for another nine minutes and managed to make the car's seventh pitstop its last.

But with Lopez making his splash under a full-course yellow, he came out right behind Buemi.

Toyota decided to swap positions to let Lopez show if he had pace in hand, but when Buemi managed to keep up with the sister car the Cologne team reversed its decision and allowed Buemi to retake the lead until the finish. 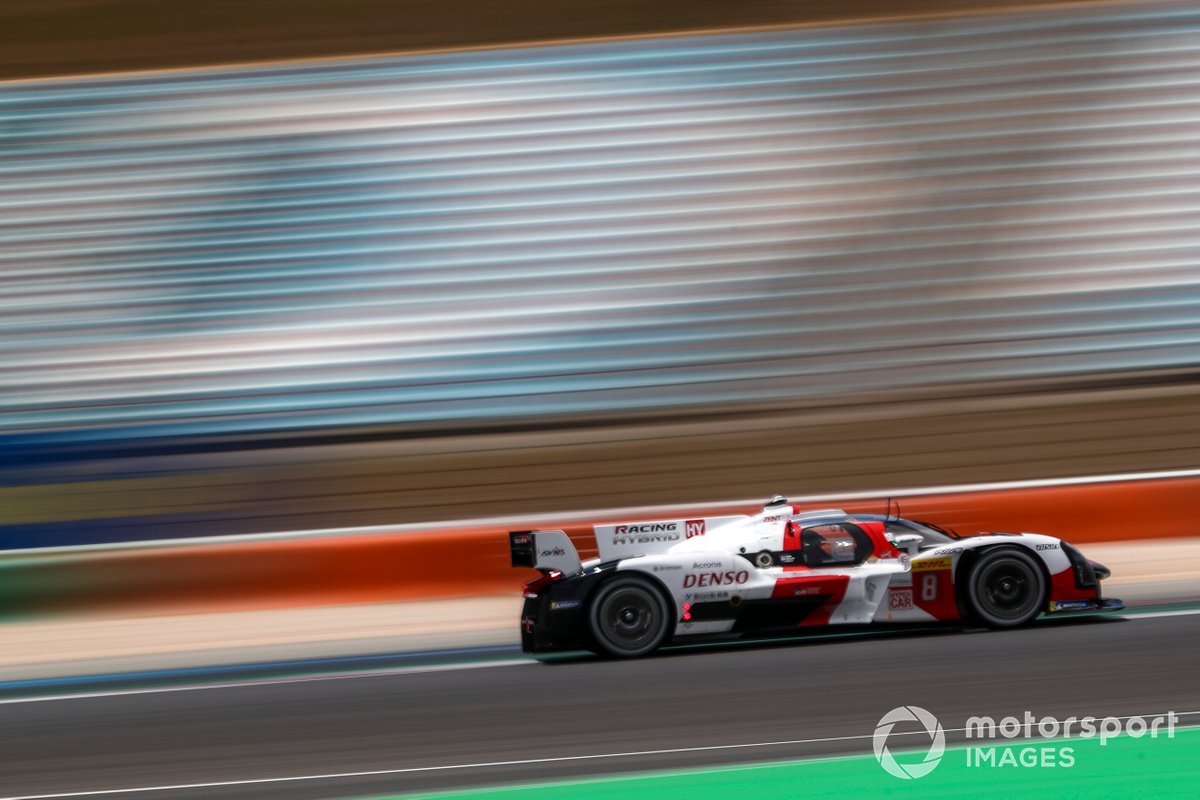 Meanwhile Andre Negrao, who shared the Alpine with Lapierre and Matthieu Vaxiviere, took third over one minute behind the Toyotas.

The solo Glickenhaus 007 LMH, which made its racing debut in Portimao, managed to see the chequered flag on its debut, albeit 54 laps down on the leaders.

The car fell behind after Ryan Briscoe got caught up in a melee with two GTE Am cars, the #777 D’station Racing Aston Martin and #77 Dempsey-Proton Porsche, which resulted in a lengthy trip to the garage to repair the damage.

The Glickenhaus had already been off the pace and it went a lap down on its fellow Hypercar runners in the opening hour, with starting driver Richard Westbrook reporting severe tyre wear.

As is often the case, LMP2 was the class to watch in Portimao with a four-way battle for the win that raged until the end.

The early stages were characterised by a battle between Giedo van der Garde in the #29 Racing Team Nederland ORECA and the #31 WRT ORECA of Robin Frijns, with the latter team taking the advantage when gentleman racer Frits van Eerd took over the '29 RTN car.

That handed the net lead to the #22 United Autosports car, the title-winning entry which also won Spa's opening round.

United's main competition came from the JOTA’s pair of ORECA 07-Gibsons, despite the polesitting #28 car of Tom Blomqvist being spun around at the start by Antonio Felix da Costa in the #38 sister car.

Soon after the restart Wayne Boyd brought in the #22, releasing JOTA's Stoffel Vandoorne and WRT's Charles Milesi, who had been involved in an exciting duel before the full-course yellow.

After the next pitstop sequence Vandoorne retained a healthy buffer on Phil Hanson in the #22, with Milesi in the #31 WRT car further behind.

In the #38 JOTA of Anthony Davidson charged to third after a brilliant door to door fight with the Milesi. The #38 car also got ahead of the United entry to make it a JOTA one-two.

In sharp contrast to Toyota's controlling measures, both JOTA cars fought for the win until the final minutes, with Da Costa finally getting the better of Blomqvist to take a popular home victory with Davidson and Roberto Gonzalez. 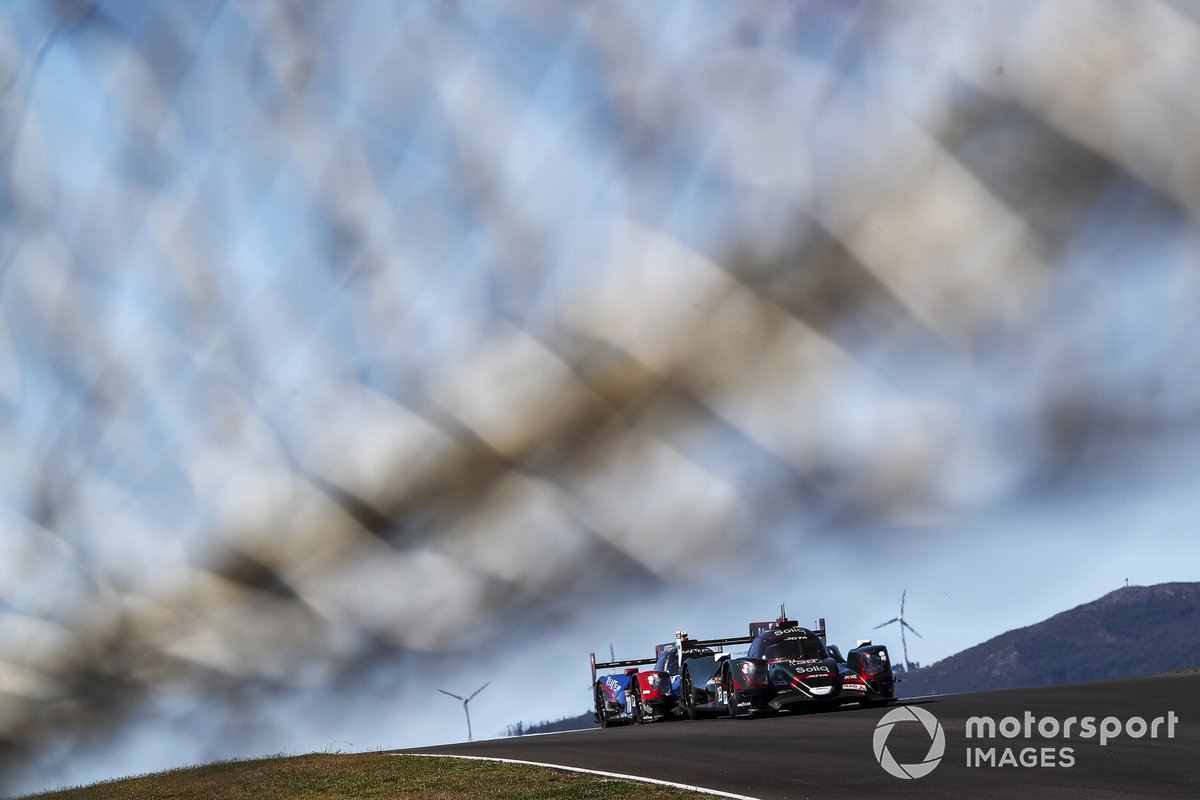 Blomqvist settled for second in the #28 car he shares with Vandoorne and Sean Gelael, with United Autosports beating the WRT squad to third.

Racing Team Nederland dropped out of contention after contact with a GT car by Job van Uitert, which helped the #20 High Class Racing ORECA to a comfortable lead in the Por-Am subclass.

But after stopping on the track in the final hour the Danish trio Jan Magnussen, Anders Fjordbach and Dennis Andersen ceded the win to the #70 Realteam ORECA of Esteban Garcia, Norman Nato and Mathias Beche.

Estre's team-mate Michael Christensen was then passed by the second #71 Ferrari of Miguel Molina in the fourth hour to make it a one-two for the Prancing Horse.

The #51 Ferrari's lead never seemed in significant danger and it survived the safety car interruption to take a clear win. 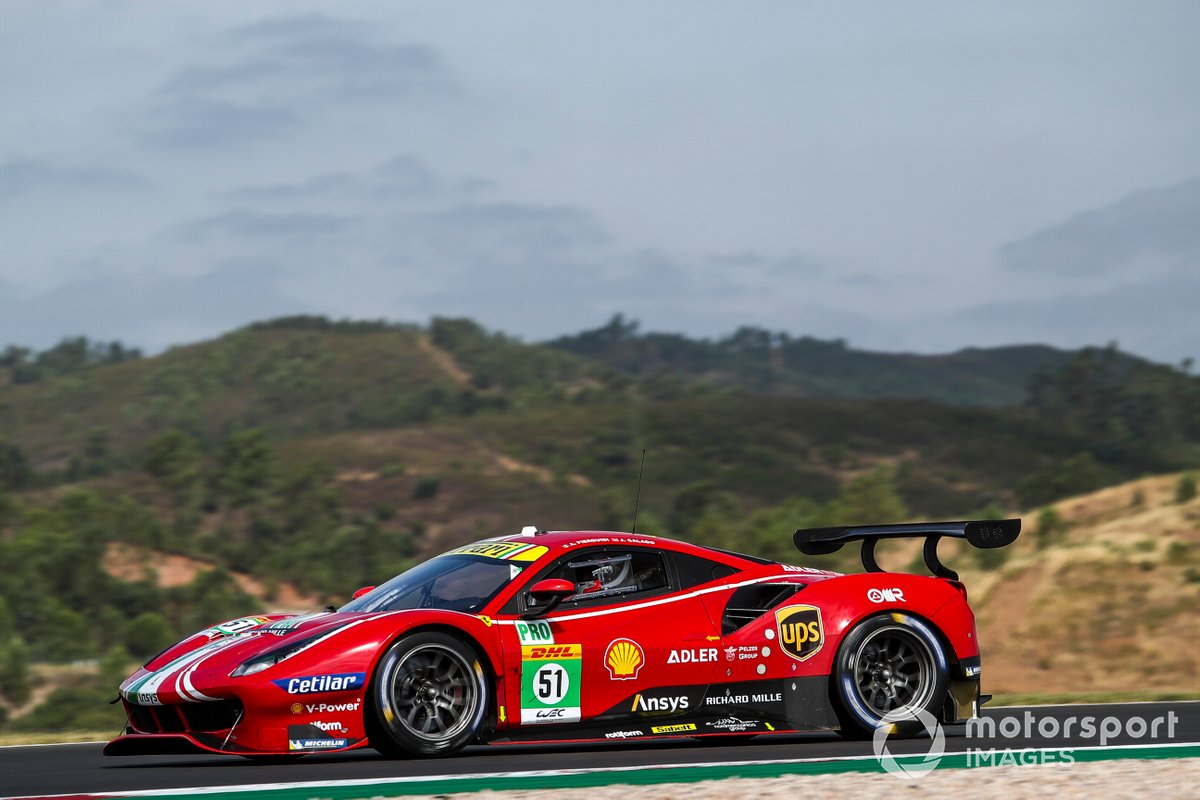 The battle for second place did rage on and was settled in the final hour when the #52 Ferrari managed to make its final stop under a full-course yellow, Molina and Daniel Serra securing the position ahead of the #92 Porsche of Estre, Christensen and Neel Jani.

The #91 sister Porsche of Gianmaria Bruno, Fred Makowiecki and Richard Lietz was fourth and last in class.

In GTE Am the #98 NorthWest Aston Martin initially led the way, ahead of the #47 Cetilar Racing Ferrari and the #54 AF Corse machine, but a second-half of the race off by Paul Dalla Lana dropped the car back, with the Cetilar Ferrari of Antonio Fuoco, Giorgio Sernagiotto and Robert Lacorte taking the lead.

In the final two hours Sernagiotto was passed for the lead by Ricardo Pera in the #56 Project 1 Porsche, but a time penalty for Pera - for tagging the #70 Realteam LMP2 car - handed the class win back to Cetilar.

Watch all World Endurance Championship races live on our OTT platform Motorsport.tv. The next race is scheduled at Monza on 18 July.