The expansion of Porsche's GT assault on next year's Le Mans 24 Hours would not have been possible if it had remained in LMP1, the German manufacturer has revealed

Porsche has explained that an increased commitment to GT racing, which encompasses the four-car GTE Pro class assault at Le Mans, was part of its strategy in leaving the P1 ranks of the World Endurance Championship in favour of a Formula E entry in 2019/20.

Frank-Steffen Walliser, Porsche Motorsport's GT boss, told Autosport: "When we made a decision to change our top sporting category, part of the idea was to allow us to strengthen our commitment to GT racing.

"That includes Le Mans, but also our customer programmes in GTE and GT3.

"We would not have been able to do that if we were still competing in a more expensive category like LMP1." 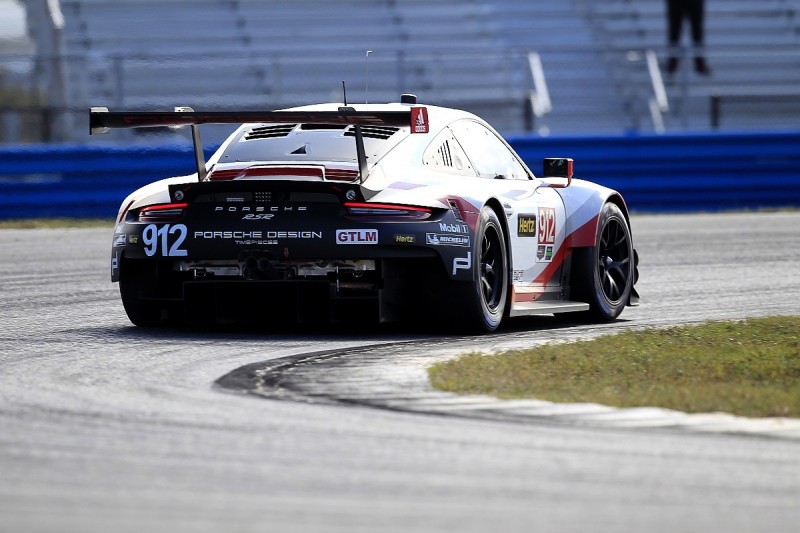 Porsche is bringing the US Core autosport team over from the IMSA SportsCar Championship to field a pair of mid-engined 911 RSRs at Le Mans alongside the WEC squad.

The marque will also enter a factory team in the Blancpain GT Series Endurance Cup and has made a full-season commitment to the Intercontinental GT Challenge, which links four big GT3 enduros around the world.

Walliser revealed that a number of different options had been under discussion for its expanded Le Mans campaign with the 911 RSR.

"We discussed three or four cars," he said.

"If it is three, do we add an extra car to the existing team or bring one car from the USA?

"That would have been a compromise either way, so it made sense to bring the full US team and do four cars."

Porsche has reshuffled the driver line-ups across its GT programmes in the wake of its withdrawal from LMP1.

Outgoing P1 drivers Nick Tandy and Earl Bamber return to the IMSA ranks in the GT Le Mans class, while newcomer Gianmaria Bruni moves to the WEC after half a season in North America in 2017.

Walliser said it was always the intention to place Bruni in the WEC after his recruitment from Ferrari and described his half season in IMSA this year as an "bridging programme" after a period of gardening leave.