The Belgian shared with Alex Lynn and Harry Tincknell to secure Aston Martin's first Le Mans victory since 2017 in GTE Pro, while the Gaydon marque also took honours in GTE Am for the first time since 2014 with its customer TF Sport squad, which also fore-went a change of brakes.

Ferrari's James Calado told Autosport he was "surprised" that Aston had managed to avoid changing the brakes after its own brake change in the 18th hour caused his pursuing #51 Ferrari to lose touch with the lead car, but Martin explained that the Prodrive-run team had worked hard behind-the-scenes to ensure it could save time in the pits while maintaining performance on-track.

"There is a lot of preparation behind [the win], we've done a lot of testing," he said when asked by Autosport how the brakes performed.

"We knew that now with the new regulations and also with the tyre changes, you have to double-stint the tyres because of you losing time.

"A key point was also the [lack of a] brake change, so we worked hard on this, we developed a lot and at the end they did a fantastic job to be able to have brake pads for the whole race without changing." 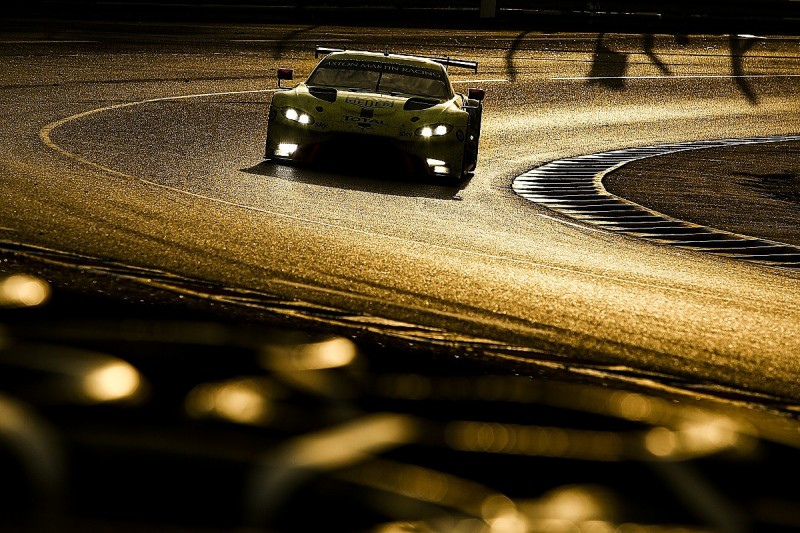 GTE Am class winner Jonny Adam told Autosport it had been "the first time I've ever done" a 24-hour race without changing brakes, but said they "felt mega all the way through".

"We kept an eye on it and everything, but it was bang-on," he explained.

"We've tested it quite a few times now, so we were quite confident before the weekend that we were going to go as long as we can on the brakes and our performance and the consistency for all the drivers was there.

"It wasn't just the braking element, we've improved every single area as a whole."

Aston Martin Racing head of performance Gus Beteli joked that the drivers "didn't believe me" that it would be possible.

"We didn't spend any more than a second in the box than what we had to do," he said.

How the "small things" cost another overdue win at Le Mans