The Formula 1 team has been part of the group of manufacturers involved in shaping future rules that will take the place of the World Endurance Championship's current LMP1 class for the 2020/21 season.

The new regulations, which rulemakers hope to announce in the week of the Le Mans 24 Hours, are expected to give manufacturers the chance to style prototype machines around road-going sportscars.

"We are considering it," said McLaren CEO Brown at last weekend's Spanish Grand Prix at Barcelona.

"McLaren has a long history in additional forms of motorsport, whether that was CanAm [or] Indycar. We've won Le Mans.

"With the new regulations coming up for World Endurance, we are participating in those meetings and reviewing what that looks like. We're a fan of the Le Mans brand.

"We did the Indy 500 last year, that's something that in the right circumstances [we would do], North America is an important market for us.

"As we look at the [proposed Formula 1] budget cap, and how you manage that, looking at additional forms of motor racing is something we are considering."

Asked about the new Le Mans rules, Brown said: "The rules as being proposed, we find compelling.

"We would consider running to the new, whatever they're going to call it, GTP, silhouette, LMP1 [rules] - I've heard various phrases.

"What's exciting is trying to go to Le Mans to win outright. That's the highest value for a racing team." 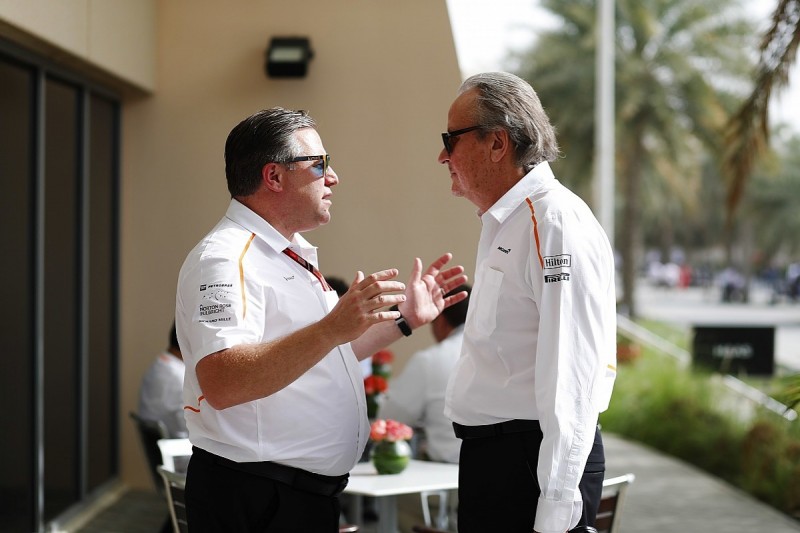 "They like the ideas as long as what we do is financially viable, makes sense for our brand, and we can be competitive," added Brown.

"Our shareholders are a group of racers, which makes it a lot of fun to work for them.

"The Indy 500 project last year, when I brought that forward and told them I thought it was commercially viable and we'd be competitive, it didn't take them very long to say, 'Great idea, let's do it'."

He added he would like to involve Fernando Alonso at McLaren "for as long as he wants to drive", including in any Le Mans programme.

"He'll continue driving beyond his Formula 1 career and if we're in other forms of motor racing then of course we'd love to have Fernando in our car," said Brown.