The Brazilian, who is driving a Dallara entered by Racing Team Nederland, admits it's unlikely he and his fellow non-ORECA drivers will be able to fight for victory.

But the 45-year-old, who raced in F1 from 1993-2011 and won 11 races, is enjoying the experience despite not being as competitive as he would like in the ORECA-dominated LMP2 category.

"Le Mans is Le Mans and I felt like a Formula 1 driver when I went out of the paddock and the amount of people just around me," said Barrichello.

"It's the love of the thing, I just love being with my friends and able to do something.

Barrichello qualified 17th in the Dallara P217 he will share with 1988 Le Mans winner Jan Lammers and team owner Frits van Eerd and accepts it is unlikely the ORECAs will be challenged.

But the Brazilian has not ruled out reliability or tyre management playing a role in the race and closing the gap.

"That will happen only if reliability becomes an issue and if they have a situation with tyre management but apart from that, in terms of speed they are faster," Barrichello told Autosport when asked whether the ORECAs could be challenged in the race.

"ORECA seems to have done a super job, and it's not as if Dallara is at the back because you have the Ligier and the Riley behind.

"We have been the second force this time and right now the only thing you can say is well done to ORECA. You can see almost all of the cars in the first nine places.

"They seem so fast. I don't know how it will go in the middle of the race, but if they keep that pace throughout it's going to be very difficult to catch.

"But 24 hours is a different story and anything can happen." 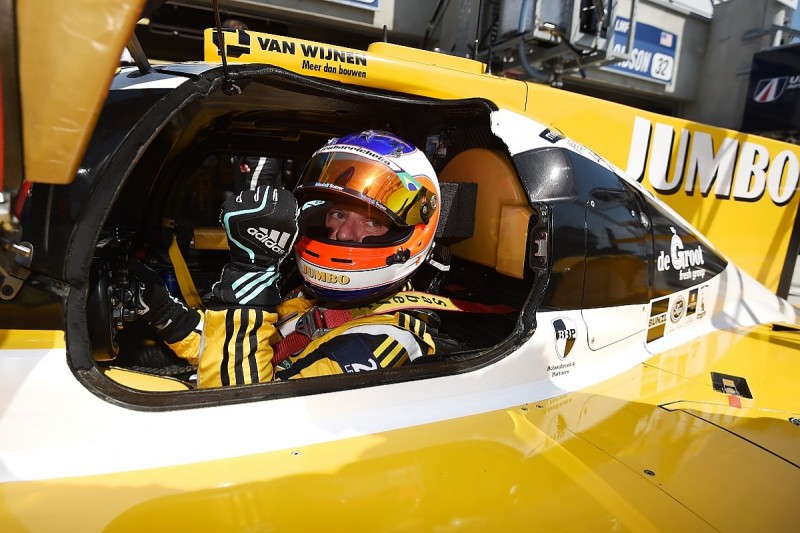 Barrichello suggested the Dallara was too low on downforce ahead of qualifying, and the team experimented with components both from the low- and high-downforce Dallara aero kits on Wednesday and Thursday.

He said the leading Dallara, the #27 SMP entry qualified 10th by Mikhail Aleshin that was 2.430s off the pace and 2.2s faster than Barrichello, ran in even higher downforce trim than RTN.

"We went a little higher [than on the test day], but not as high as the other Dallara," said Barrichello.

"Yesterday, when it cooled down in the last minutes we were still a little loose and I could only manage to get into the 3m29s, which I was pretty happy with.

"We're deciding where to go for the race [in terms of downforce levels]."