Nakajima had been closing on Lotterer for a number of laps but extensive traffic foiled his attempts to get ahead.

He finally sealed the move out of Arnage to put the #8 car second midway through the hour.

Nakajima then immediately set about closing on leader Stephane Sarrazin the #7 car, with an advantage of 26s at the end of the previous hour whittled down to 14s.

The third Toyota continues to run in fourth, while Timo Bernhard is still circulating in the #2 Porsche which is now up to 50th overall. 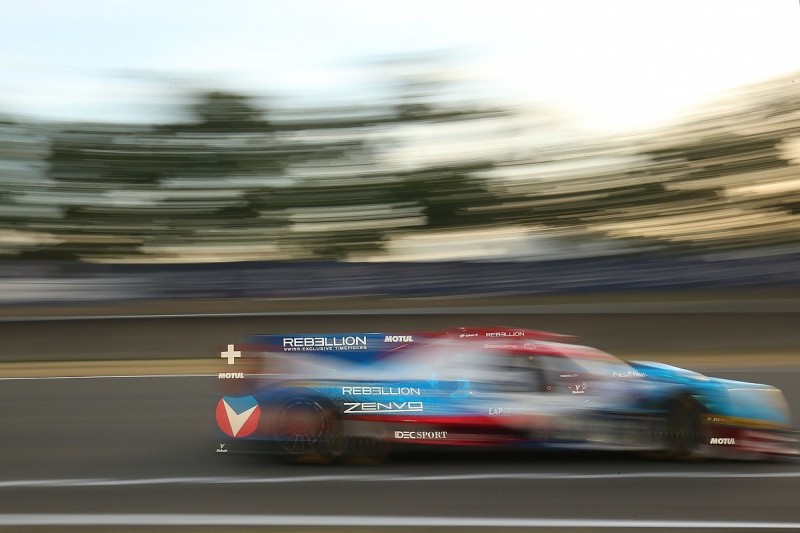 The #31 Rebellion ORECA leads LMP2 in the hands of Bruno Senna, but the gap to the chasing #13 sister car at the end of the hour flattered to deceive.

The real deficit was just over a minute-and-a-half before the 11th round of pitstops, after Nelson Piquet Jr again lost out during a slow zone following several similar incidents in the previous hour.

Oliver Jarvis runs third in the #38 Jackie Chan DC ORECA, which was delayed earlier in the race by Thomas Laurent's off but continues to run at a strong pace.

Vitaly Petrov holds fourth in the #25 Manor ORECA ahead of the sister #24 machine of Tor Graves, who is being pressured by the #35 Signatech ORECA of Nelson Panciatici.

The #49 Bratislava Ligier of Miro Konopka lost time to a spin at Indianapolis late in the hour, shortly before the #43 Riley of Ben Keating stopped on track. 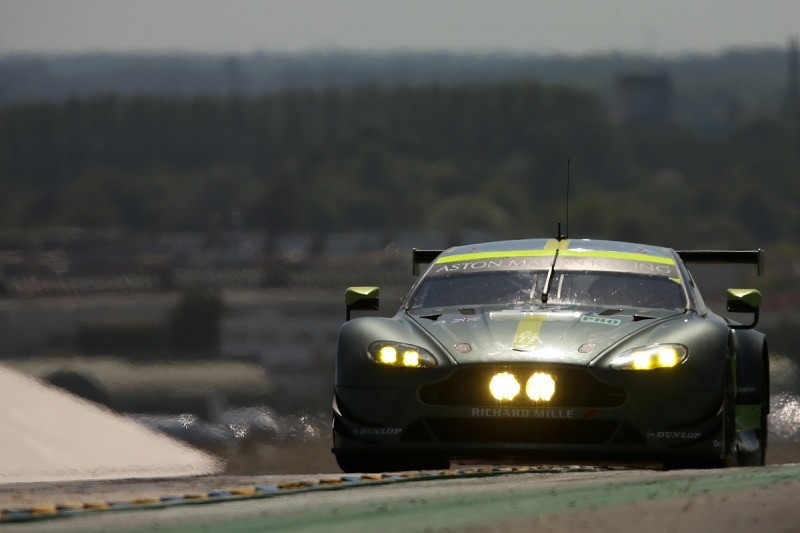 Aston Martin held on to its GTE Pro class lead, albeit by a diminished margin to the second-placed Ford as the slow zones that had affected running throughout the sixth hour were finally lifted.

As the track went green, the true picture of the winners and losers during the protracted caution period emerged.

Aston's #97 car, in Darren Turner's hands, still had a minute's margin to the majority of the pursuing pack, but second-placed Andy Priaulx was just 20s behind in the #67 Ford GT, a gap that endured until Priaulx made a routine stop 40 minutes into the hour.

The rest of the leading pack pitted two laps later in response to a slow zone being declared at the end of the Mulsanne Straight (for a GTE Am Ferrari beached in the gravel), after which Turner emerged with half a minute in hand over Priaulx, and the out-of-sequence #66 Ford inherited third.

The #64 Corvette was unfortunate to have pitted from third just before the slow zone was lifted, and emerged running behind the #66 Ford but ahead of Sam Bird in the #71 Ferrari.

Richard Westbrook (#69 Ford) caught and passed Bird as two slow zones were declared in rapid succession for the spinning #49 and #43 prototypes.

The race for GTE Am honours remained largely deadlocked as Paul Dalla Lana spent the majority of the hour half a minute of his rivals in the #98 Aston.

Yoluc then pitted just before the turn of the hour, enabling the #62 Ferrari in the hands of William Sweedler to take third place.