The #26 G-Drive ORECA 07-Gibson Vergne shared with Roman Rusinov and Andrea Pizzitola finished two laps clear of the next best LMP2 car, having led 360 of the 369 laps it completed.

Ex-Toro Rosso Formula 1 driver Vergne said the comfortable lead the car quickly established meant he was often frustrated and having to drive to a limit while taking "absolutely zero risk".

"It was difficult because having such a big lead there is no point to push and as a racing driver, you want to push," Vergne told Autosport.

"You want to make the fastest times, to have the fastest average, so sometimes I had very quick lap times, but in the traffic I was taking absolutely zero risk, even though we were quite quick. 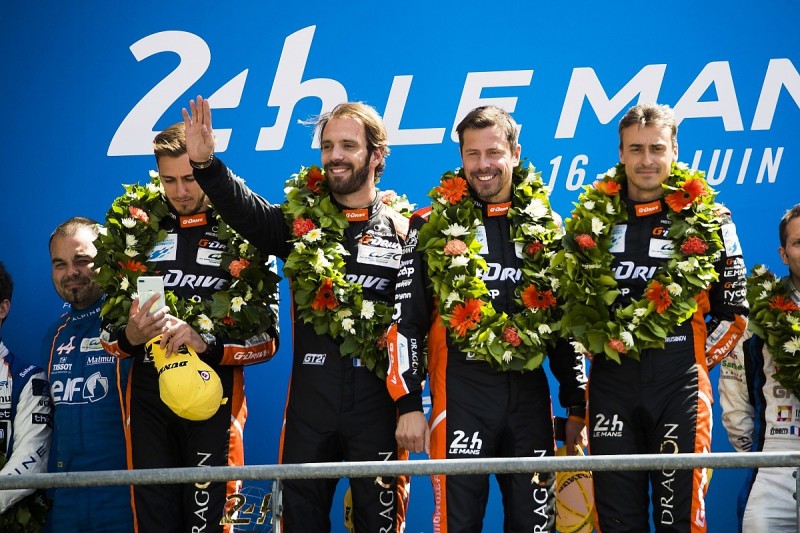 "It was a race where you want to push but you have a two-lap advantage, so there is no need to push, so you need to drive like your grandmother sometimes just to bring the car back home.

"But that's part of endurance racing and at the end of the day, the only thing that counts is who wins."

Vergne, who is on the cusp of claiming the 2017/18 Formula E drivers' title with Techeetah, added his success in the electric series and at Le Mans proved that he is getting over a "difficult" point in his life.

"I love to win and even more so this year that I came back into winning," he said.

"I had a period of my life where everything was a bit difficult, [but] right now everything is coming back to normal and to the best of my career, but I guess Formula E is different."