Porsche set the pace in free practice for the Le Mans 24 Hours, with Neel Jani posting the fastest lap of the session with just five minutes to go

It had looked like Toyota would continue to set the pace after dominating the pre-event test day, but Jani's 3m20.362s in the dying moments of practice provided a boost to Porsche ahead of qualifying.

The Japanese driver only joined the fray with 45 minutes of the four-hour long session to go and was instantly on the pace, setting a 3m20.996s lap to put the #7 TS050 HYBRID car fastest.

Kobayashi then spun exiting the final corner when trying to find further time, and had to settle for second best.

The #9 Toyota in the hands of marque returnee Nicolas Lapierre was at the head of the leaderboard for the majority of the session with a time set very early on.

But he was then demoted down the order by the #2 Porsche with 2015 winner Earl Bamber at the wheel of the 919 Hybrid.

Bamber finished third on a 3m21.687s, 1.3s down on Jani, and less than a tenth of a second ahead of Sebastien Buemi in the #8 machine.

All five of the manufacturer cars finished with times relatively close together with Lapierre ending up fifth and only 1.6s behind Jani.

Besides Kobayashi's rotation there was little incident in the session with all five cars setting around 50 laps.

The ByKolles CLM completed the sextet of LMP1 cars but only set 24 laps with fluid reported to be leaking from it.

Its best time of 3m27.828s was 6.8s slower than Kobayashi but was still three seconds quicker than the fastest LMP2 machine. 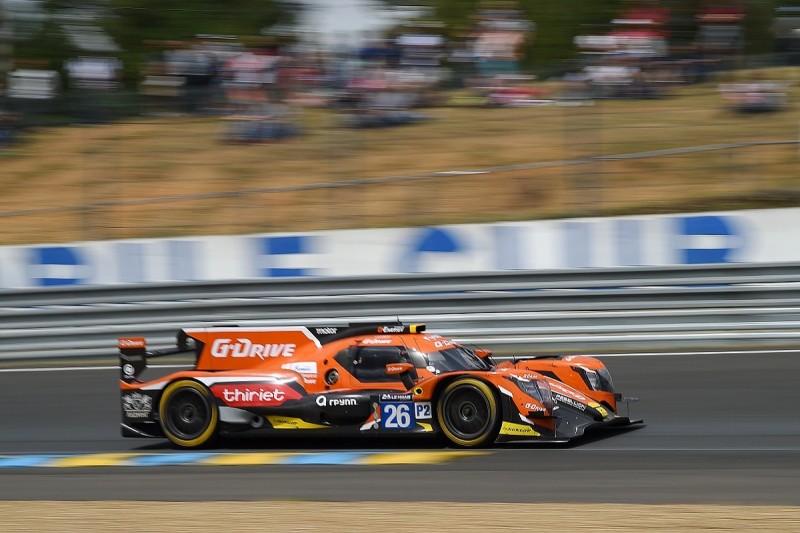 He went top with just under 40 minutes remaining in the TDS-run machine with a time of 3m30.363s.

This relegated the #13 Rebellion ORECA, which held top spot for over two hours thanks to the pace first of Nelson Piquet Jr and then Mathias Beche, to second place.

The Rebellion car was 1.3s slower than Lynn, with the sister #31 car third fastest in the hands of Bruno Senna and less than a tenth further behind.

Having mixed it near the top of the timesheets for the first three hours of the session, the Jackie Chan DC Racing ORECAs ended up fourth and fifth.

Ho-Pin Tung ensured the #38 machine that won the Silverstone World Endurance Championship opener was the faster of the two, with Tristan Gommendy setting a time good enough for fifth during the final hour.

This shuffled the #21 DragonSpeed ORECA, which had been as high as second in the hands of Ben Hanley, down to sixth by the chequered flag.

As anticipated, ORECA dominated with 14 of the leading 15 cars. The best non-ORECA was the #27 SMP Dallara, which ended up 10th thanks to Victor Shaytar's lap just over four seconds off the pace.

The best of the Ligiers was the #32 United Autosports entry of Filipe Albuquerque in 16th. The sole Riley Mk30, run by Keating Motorsports, was slowest. 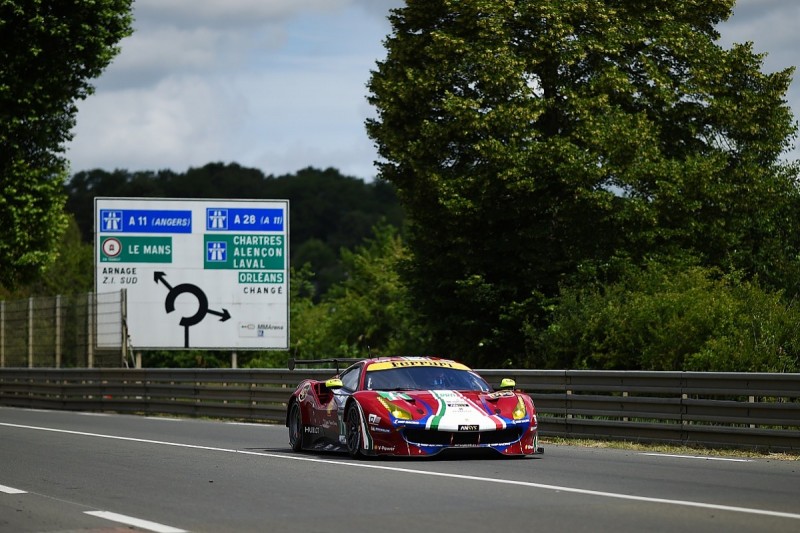 Ferrari set the pace in GTE Pro courtesy of a late flyer by Sam Bird in the #71 AF Corse 488 he shares with Davide Rigon and Miguel Molina, but Aston Martin and Chevrolet led the majority of the running.

The #95 Aston Martin flew early on in the hands of Marco Sorensen, leading for much of the first half of the session, but was eventually outpaced by Chevrolet, Ferrari and Ford and then suffered a rear-left puncture at the end of the third hour while Richie Stanaway was at the wheel.

After keeping a low profile during the first two hours of the session, Chevrolet picked up the pace and a 3m56.004s lap set by Jan Magnussen at the end of the third hour stood as the fastest time of all - until Darren Turner beat it with a 3m55.299s in the #97 Aston during the last half hour.

Bird then brought Turner's tenure at the top to an end with a 3m54.832s, but the #51 AF Corse couldn't quite match the sister car's pace despite the best efforts of James Calado, whose late 3m55.504s was good for third.

The #95 Aston returned to the track in the hands of Nicki Thiim, who demoted the Magnussen/Garcia/Taylor to fifth with a 3m55.925s in the final half hour.

Aston Martin's factory-entered #98 Vantage shared by Mathias Lauda, Paul Dalla Lana and Pedro Lamy set the early GTE Am pace in the hands of Lauda before being supplanted by a flying Fernando Rees in the #50 Larbre Competition Corvette, whose 3m58.234 was faster than anything the works Chevrolets running in the Pro class could manage.

Rees handed over to Le Mans first-timer Christian Philippon, who promptly shunted the car at the exit of the Porsche Curves.

Larbe remained at the top of the timesheets for a further hour while the car sat in the garage before Alvaro Parente beat Rees's time in the #60 Clearwater Racing Ferrari. That car later suffered a front-left puncture at the end of the third hour while still leading the class.

In the final hour Lamy returned the #98 Aston to the top with a 3m56.082s lap that remained the benchmark until the end of the session.