The #1 919 Hybrid took the lead in the 10th hour when the #7 Toyota retired with a suspected clutch problem.

The Porsche has been dominant ever since with Jani maintaining an 11-lap advantage in the car he shares with Nick Tandy and Andre Lotterer.

The #2 Porsche is still 10th overall while the #8 Toyota TS050 HYBRID remains in the race in 15th place. 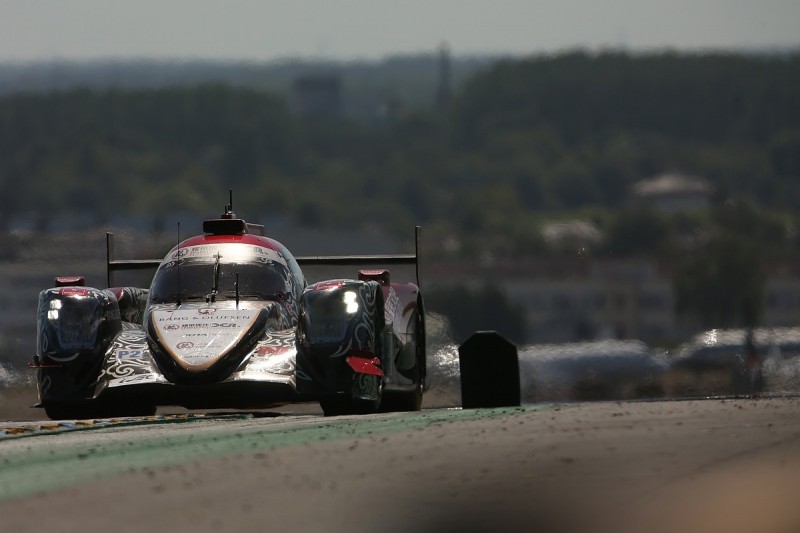 Laurent's advantage over the #13 Rebellion ORECA of Nelson Piquet Jr is currently 11 seconds after getting ahead in the previous hour when a slow zone proved costly for the Rebellion.

The second Rebellion car of Bruno Senna remains third in class,comfortably ahead of the #35 Signatech ORECA. 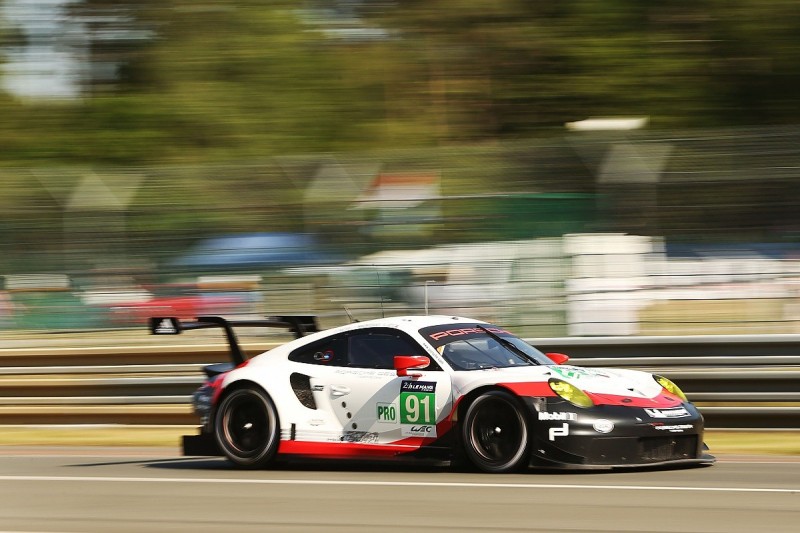 The #91 Porsche shared by Patrick Pilet, Richard Lietz and Frederic Makowiecki became the most plausible challenger to the leading #95 Aston Martin during the 17th hour as the #51 Ferrari fell out of contention owing to an incident with a GTE Am car.

The Porsche and Aston are on asynchronous strategies owing to Porsche being able to triple-stint its Michelin tyres while Aston (running Dunlops) can only do two.

That enabled Pilet to lead for much of the hour after the Aston pitted from the front and Richie Stanaway had to make its way past James Calado to retake second place, a process eased when Calado had a coming-together with the #90 GTE Am Aston at the second Mulsanne chicane.

Stanaway then moved back into the lead when Pilet pitted to hand over to Makowiecki shortly before the turn of the hour, while the #51 Ferrari remains in the garage.

The stop left the Porsche running fourth in class, now behind the #97 Aston in which Daniel Serra twice broke the GTE lap record before relaying to Jonny Adam.

That car is currently running a minute behind its sister car, having lost track position during the pre-dawn safety car period, and closing in on the second-placed #63 Corvette now driven by Jordan Taylor, which also enjoyed a brief spell in the lead as the pitstop sequence cycled through.

JMW's #84 Ferrari remains well clear in GTE Am, a lap ahead of the #55 Spirit of Race Ferrari.