The Swede, who has joined Ganassi's IndyCar team after a season competing in Formula E and Japan's Super GT series, took part in a test in the Ford at Daytona in December.

This appears to put him in contention for a drive in either the World Endurance Championship or IMSA SportsCar series, should any of the regular pilots be unavailable.

"I did a test in the Ford - I think it was more in case they have somebody injured so I could be there, so at least I've tried the car," Rosenqvist told Autosport.

But he added that he will not be pursuing the same continent-straddling race programmes that characterised his 2016-18 seasons.

"To be completely honest with you, I've always been of the philosophy to drive everything and keep busy all the time," said Rosenqvist.

"This year I've really changed my approach, I think mainly because I've become fed up with travelling - it's been a lot the last three years, and I feel like IndyCar is such a big commitment for me now I just try to keep focused on that.

"If something comes up in the GT programme, I will definitely not turn it down, but it's not like I'm on the phone 24/7 to try to make something happen, because I feel like there's a lot to learn still in IndyCar." 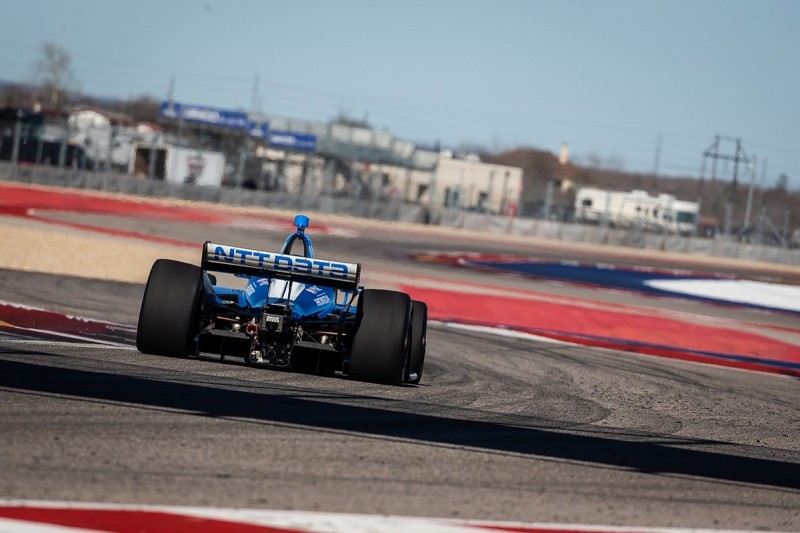 Rosenqvist also revealed how quickly he is settling into the Ganassi squad.

"I had a very special relationship with Mahindra [in FE], something that was hard to leave because I felt really close, especially with the engineering group," he said.

"But I feel like Ganassi is a team where you can reach the same level of family feeling.

"I don't know exactly, but probably 15 to 20 guys in the team have been there more than 15 years, and that's quite rare in motorsport.

"Sometimes you don't even know your mechanics from one race to the next, but Chip seems to be the kind of guy who hires good people and wants them to stay as long as possible.

"That's a good feeling for the future - everyone keeps saying, 'This is a good place to be, we're not looking over our shoulder for another job.' Everyone is happy and proud to work for Chip's team, and that's pretty cool."

Video: The Ford at the heart of new film Le Mans '66