Jocelyn Pedrono, who acquired the rights to the Pescarolo brand in 2016, has revealed an intention to bring back the famous French marque to the Le Mans 24 Hours and the World Endurance Championship with a customer car.

He clarified that legendary team founder and four-time Le Mans winner Henri Pescarolo is not involved in the project.

"Returning to endurance racing has always been the objective," Pedrono told Autosport's French edition. "I'm working to assemble the budget.

"I have an agreement in principle with two constructors in Hypercar. My heart leans more in one direction than the other, but I can't say anything for the moment.

"We're not talking just about buying a car, but also real technical support."

Pedrono wouldn't be drawn on which manufacturer was his target, but did add: "We are more looking at Hypercar [LMH], not so much LMDh."

That would suggest that Peugeot, whose 908 HDi FAP LMP1 car Pescarolo ran on a customer basis in 2009, and Ferrari could be among the candidates Pedrono has in mind for the revived squad.

Pescarolo last raced at Le Mans back in 2012 with the 03 chassis that was based on the ill-fated Aston Martin AMR-One, as well as a customer Dome S102.5 (below), with neither car making the finish. 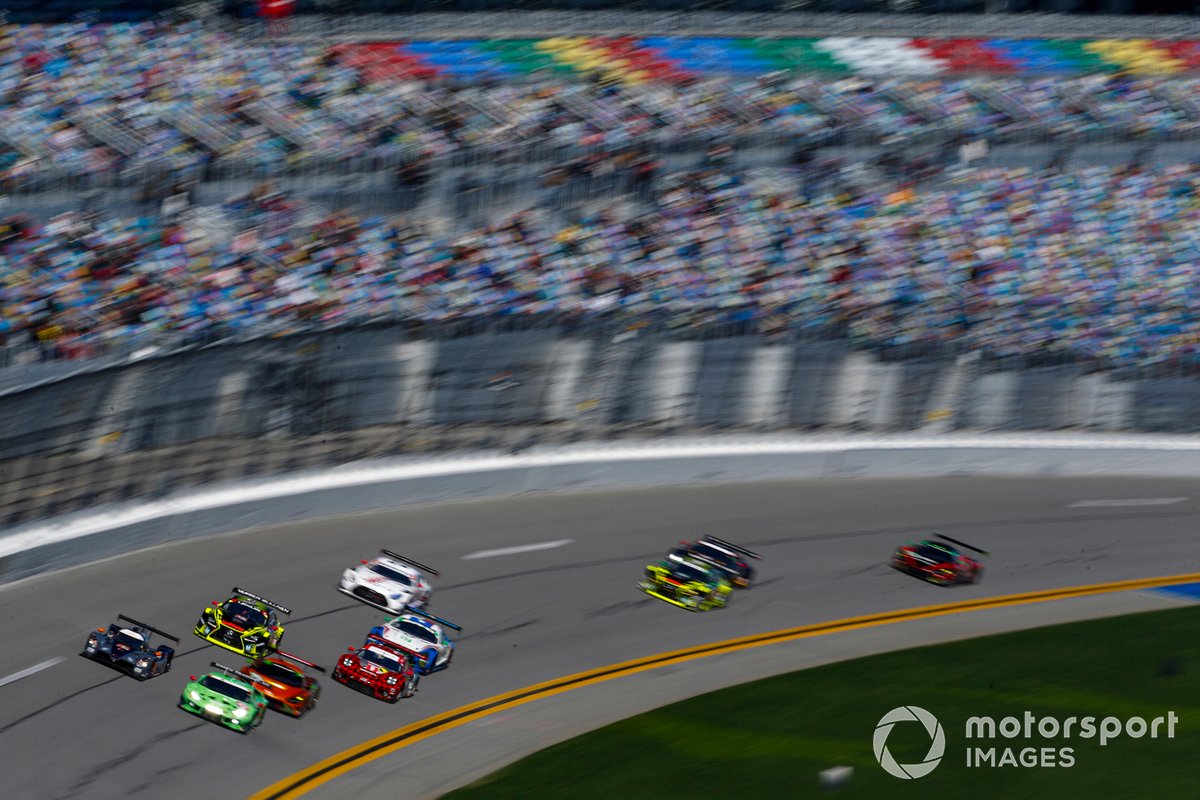 IMSA has announced that the grid for next year's SportsCar Championship season-opening Daytona 24 Hours will no longer be determined by a qualifying race.

For the past two editions of the Florida endurance classic, a 100-minute qualifying race held on the final day of the pre-event Roar Before the 24 test has been used to determined the starting grid.

However, this will no longer be the case for next year's 61st running of the race.

Instead, conventional qualification sessions will be held on the final day of the three-day Roar test on Sunday 22 January, with each of the five classes getting its own 15 or 20-minute session.

The Roar test will feature five sessions for the IMSA SportsCar Championship field, marking the first public appearances for the LMDh machines that will contest the renamed top GTP class.

A field of nine GTP cars is anticipated for the 2023 race, with Cadillac fielding three cars and two-car assaults planned by Acura, BMW and Porsche.

The two customer cars that Porsche has reserved for customer teams appear unlikely to be ready in time for the Daytona 24.

An IMSA-sanctioned official test is scheduled for 7-9 December ahead of the Roar test on 20-22 January. Official practice for the Daytona 24 begins on 26 January ahead of the race itself on 28-29 January.