Hartley was back in the World Endurance Championship, where he has been a Porsche driver since 2014, at Shanghai last weekend to seal his second WEC title following F1 duties at Austin and Mexico City.

He admitted he did not find it easy to readjust to the 919 Hybrid LMP1 car.

"It was actually surprisingly tricky to get back in the car," Hartley said.

"I thought I would feel right at home, it's been home for the last few years.

"It took a few laps to feel comfortable again - having a roof over your head, the seat position is different."

Despite his extensive LMP1 experience, Hartley said his first taste of the 2017-spec F1 car was "mindblowing" and "a shock to the system".

Asked what surprised him about grand prix racing, he said: "The big shock was high speed, just in terms of driving.

"They are amazing, these cars, especially in the first sector [at Austin].

"It was mindblowing, so took some getting used to. You always want more grip and more power, but it was a bit of a shock to the system.

"No other real surprises, I knew it was going to be a challenge, I knew the level of driver and teams was the highest you can find." 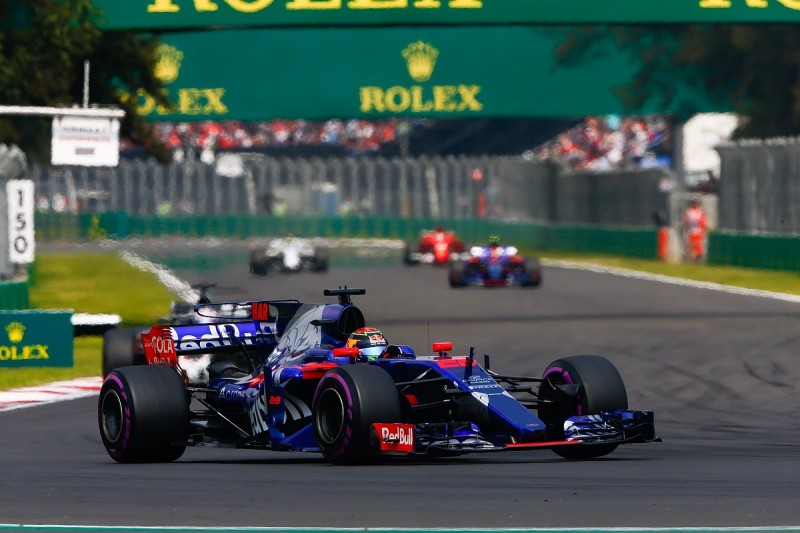 Hartley, who will see out the season with Toro Rosso and is expected to land a full-time drive for 2018, reckoned his experience of driving for a major manufacturer in the WEC prepared him well for F1's complexities.

"Working with Porsche the last years made my transition quite smooth," Hartley said.

"It is a similar number of people involved, the structure, the pressure - driving the Le Mans Porsche is a big amount of pressure.

Amid a run of seven consecutive race weekends across F1 and the WEC, Hartley admitted it had been hard to come to terms with the milestone he has achieved this year.

"I've tried not to overthink it," he said.

"Even winning the [WEC] championship hasn't sunk in, I haven't had time to reflect, going from one race to another.

"It won't be until the end of the year when I am home that I can think about it all.

"I am aware that F1 debut, Le Mans victory and WEC championship are all amazing things but at the moment I am trying to take one step at a time, stay focused and catch up on as much sleep as I can."