The latest BoP, which will be in place for the Le Mans test on June 3, bears little relation to the requirements for the opening round of the World Endurance Championship at Spa that took place earlier this month.

Le Mans is not part of the automatic BoP system introduced into the WEC last year courtesy of the unique nature of the 8.47-mile circuit.

The large differences between the race at Spa and the upcoming 24 Hours are explained by an attempt to maintain the speed differentials, including on the straights, between the classes in the race on June 16/17.

This explains why all the GTE Pro cars have been given more power than at Spa, but will also run heavier.

The more relevant comparison is with the BoP for last year's Le Mans.

The Chevrolet Corvette C7.R, which does not compete in the WEC, will start with a largely unchanged BoP from last year.

The car that finished third behind the first-generation Aston Martin Vantage GTE in the 2017 race has been given a minimum weight of 1244kg, one more than last year, and the same 29.5mm engine air-restrictor. 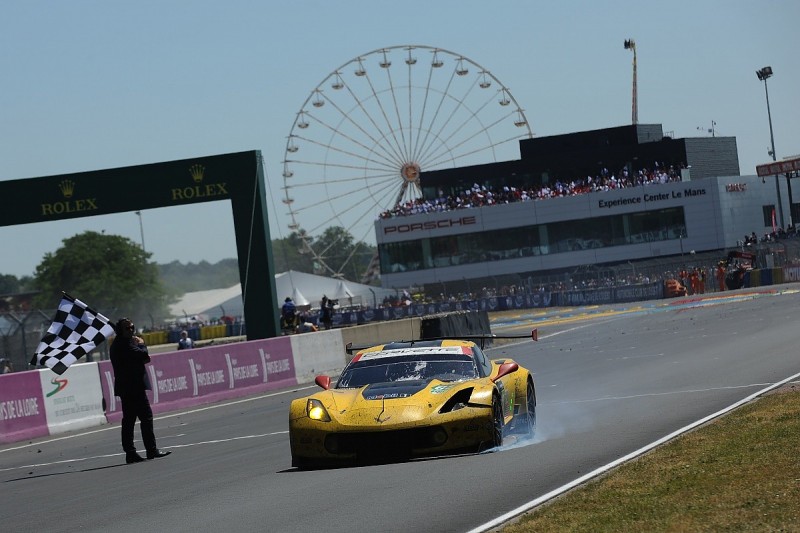 The Porsche 911 RSR is 10kg heavier at 1268kg, but has been given a 0.2mm larger-diameter engine air-restrictor.

The Ford GT is 12kg heavier than in 2017, but has been given a more favourable turbo boost curve.

The BMW M8 GTE and the second-generation Vantage GTE, the two all-new cars in GTE Pro this season, will both run at 1268kg.

The BoP can change between the official test and race week, and again between qualifying and the start of the 24 Hours.

The sporting regulations also allow for penalties in the race to be given to manufacturers who have been deemed to be hiding their performance.