The pair will once again join Roberto Gonzalez in the British squad's #38 ORECA 07, with da Costa continuing to combine the WEC with his FE duties for DS Techeetah.

Ex-Toyota LMP1 driver Davidson and Gonzalez will go into their third consecutive season sharing a car.

They originally joined forces for the 2018-19 WEC superseason at DragonSpeed, where they were joined by F1 grand prix winner Pastor Maldonado.

Da Costa replaced Maldonado for 2019-20 as Gonzalez transferred his programme to Jota, helping the team to second in the LMP2 standings behind United Autosports.

Jota co-owner David Clark commented: "Continuity over the seasons is quite rare in endurance racing, so it is great to see Roberto, Anthony and Antonio back together again for the upcoming season with us here at Jota.

"They all clearly showed that they had flair, consistency, a great team ethic and many other attributes to mount a serious title challenge last time around. 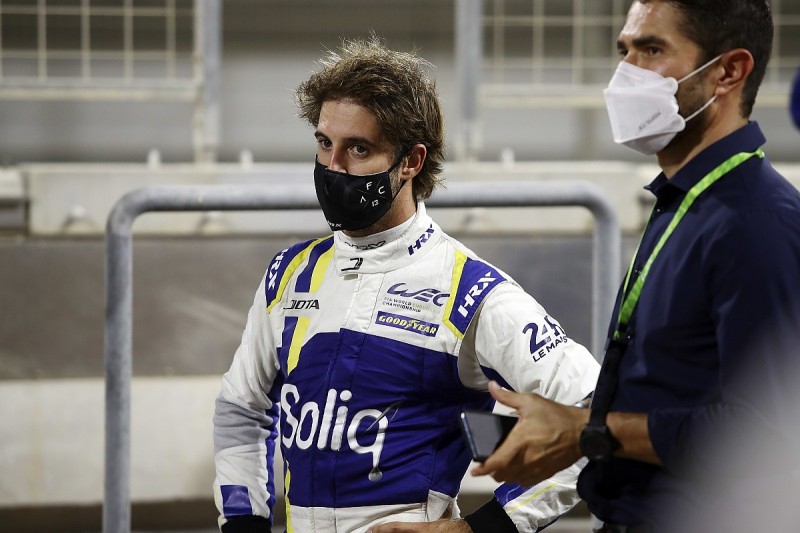 "These are all traits that Jota also revel in when we go racing, so each of these guys fits in very well with the whole team.

"Roberto has really proved to be one of the most impressive genuine silver ranked drivers in the business and he excelled through the support, advice and experience of both Anthony and Antonio.

"So, we are really looking forward to achieving more great results together throughout the 2021 WEC season."

Davidson said last year he wasn't sure about continuing due to the anticipated changes to the LMP2 rules, which would have made a bronze-rated driver mandatory.

However, this unpopular ruling was quickly reversed, allowing Jota to keep silver-rated Gonzalez alongside two pro drivers in Davidson and da Costa after all.

"I can't wait to get back on track this year with Jota and to build on what we achieved last season as a team and as a car crew," said Davidson.

"We managed to set the bar pretty high last year, but I have full confidence we can not only continue that but also go on to achieve even greater things in 2021."