Blomqvist will be joined by HubAuto Corsa regular Marcos Gomes and team owner Morris Chen at the wheel of a Ferrari 488 GTE, effectively replacing Supercars enduro driver Tim Slade in the team's line-up.

The 26-year-old has been competing in the IMSA SportsCar Championship for the last two years, but announced his split with BMW at the end of the 2019 season.

He had been due to take part in SRO's GT World Challenge Europe series this year with the R-Motorsport Aston Martin team, but the Swiss outfit has put all its racing activities on hold until 2021 amid the coronavirus pandemic.

Blomqvist was recently named as Jaguar's reserve driver in Formula E and is expected to replace James Calado in the team's line-up for at least two of the final six races in Berlin.

HubAuto Corsa received an invite for this year's rescheduled Le Mans race after winning the GT class title in the 2019-20 Asian Le Mans Series, with Gomes as one of the drivers behind the wheel of its Ferrari.

"I am very confident and delighted with our line-up with two highly experienced drivers," said Chen.

"Marcos has been fast in the Ferrari, having driven with us in the endurance events of Asian Le Mans Series and Blancpain GT Asia. 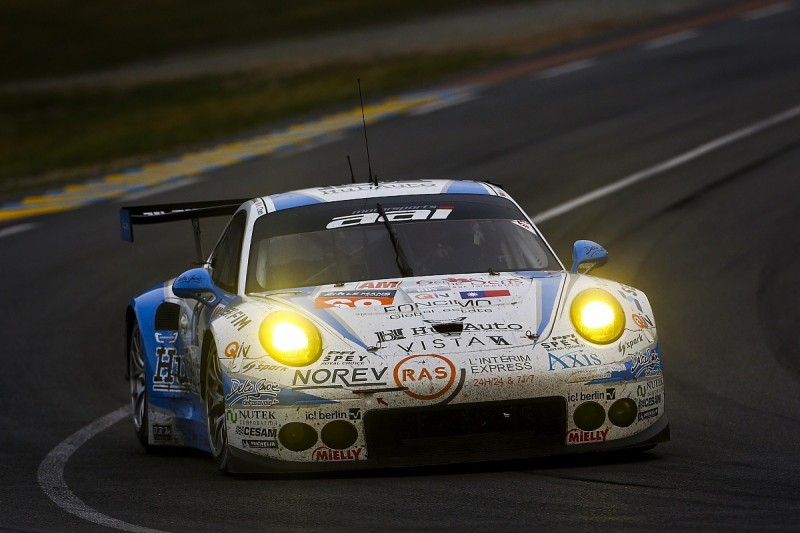 "I've also watched Tom from afar and can see his talent, so I believe we have a very strong line-up.

"Le Mans is an impressive event and it has been a dream of mine to drive my own car with my own Taiwanese team at the Circuit de la Sarthe.

"I have been fortunate enough to race at the 24 Hours of Le Mans once before (above in 2015), being the first Taiwanese driver to do so.

"Now the excitement is even greater as I can proudly say this is my team."

This year's Le Mans 24 Hours will take place on 19-20 September, having been moved from its traditional June date due to the coronavirus pandemic.

The twice round-the-clock race will be followed by a second visit to Bahrain for the final round of the 2019-20 World Endurance Championship season.

Have a go hero: A sportscar stalwart's bruising LMP1 cameo