Revised kerbing at the final right-left of the two-part chicane, which leads the cars onto the start-finish straight, has been introduced to stop GTE drivers straightlining the second apex in particular.

The new two-height kerbs, which were in place for last weekend's Le Mans test day, will make for much fairer racing, say the GTE drivers.

"The part you run is quite high and the bit next to it is so high that you don't want to go near it, so people aren't going to be jumping straight across anymore."

"Before a GTE car could go through there a gear higher than us, which meant we wouldn't be able to pass before the Dunlop Chicane," he explained.

"Now we can pass the GTs on the front straight."

The new kerbing could have added up to 1.5 seconds to laptimes for GTE car around the 8.47-mile Circuit de la Sarthe, according to some drivers, but it appears that this has been offset by more grip on three areas of the track resurfaced for this year's race.

The changes to the Ford Chicane are part of a continuing safety drive that was stepped up in the wake of Aston Martin driver Allan Simonsen's death in last year's 24 Hours.

The barriers have been moved 1.5 metres forward of the line of trees on the exit of Tertre Rouge, where Simonsen crashed, and tyre barriers installed.

The gravel trap has been extended at the Chevrolet corner, formerly known as the Karting S, at the end of the Porsche Curves as planned.

Plans to increase the gravel at the right hander at the start of the famous sequence have been delayed, but the tyre barriers have been increased from four to six layers and a Techpro safety system installed in front of them.

Vincent Beaumesnil, sporting manager at race organiser the Automobile Club de l'Ouest, said: "More gravel is planned at the entry of the Porsche Curves, but we cannot say when. 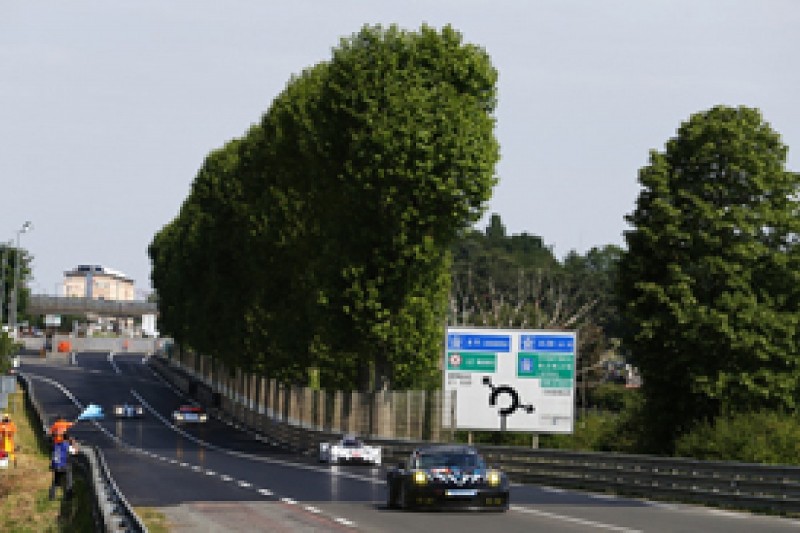 "We have spent a lot of time and money improving the circuit for this year, and we will continue to do so."

Changes to the public highway will eventually make the section of track from the right-hander at Indianapolis to Arnage permanent circuit.

The local government is changing the layout of the roads to do away with the crossroads at which the circuit turns 90-deg right at Arnage Corner because it is an accident blackspot.

There will be a roundabout south of the corner reached by a new road that will leave the existing track at the start of Indianapolis.

A byproduct of the changes, which include a further new road section running east-west, will be to improve access to the spectator enclosure between Indianapolis and Arnage.