Both of Dempsey-Proton's two GTE Am class Porsche 911 RSRs have had their points taken away after the squad was discovered in last month's Fuji race to be using a data logger that was "transferring false information" when both its cars were penalised for not completing the minimum refuelling time.

The team's subsequent "failure to co-operate in an investigation" of the rule breach was also cited by stewards in a bulletin issued at Shanghai on Saturday as a reason for its punishment.

It said Dempsey-Proton was found to have inserted an additional line of code into its data logger "with the purpose of increasing the time of the refuelling sensor signal sent to the official FIA/ACO data logger by two seconds".

This "fraudulent process" was found to have been in place for August's Silverstone round as well as the Fuji race.

Dempsey-Proton senior team members were summoned to a hearing on Thursday and did not contest the allegations, saying the extra code had been added by an "external consultant" with which the team used to work.

However, they refused to divulge the identity of this consultant to stewards during the hearing, "nor the conditions in which he was allegedly dismissed nor any element of proof of the reality of the breach of his contract by the competitor".

The bulletin added that the Dempsey-Proton representative was reminded "that it is a duty for him, in his own interest, to cooperate and give answers to the stewards' questions" and that the stewards "invited him to think carefully about his position". 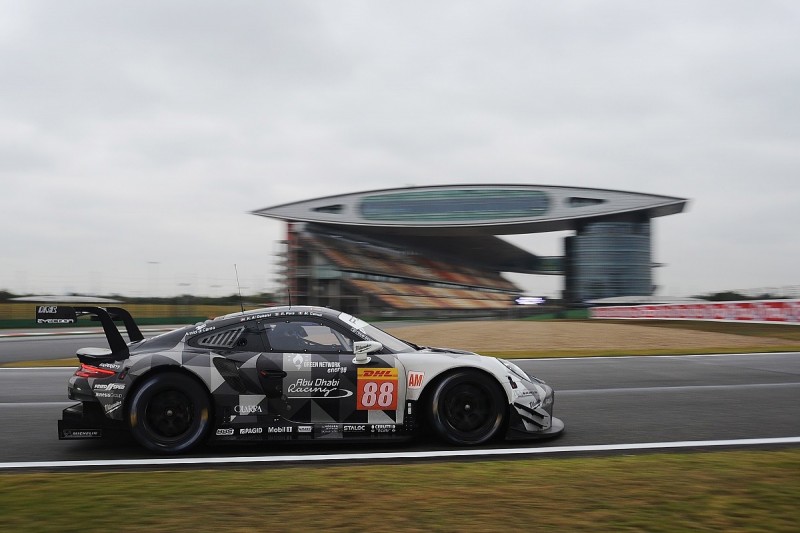 Further hearings were held on Friday and Saturday, with team owner/driver Christian Ried refusing to give any further information about the consultant that modified the data logger during the latter meeting.

The stewards then ruled that both the team's #77 and #88 entries would lose all the points they had earned up to and including the Fuji race, from which the two cars were also officially disqualified.

Ried and his team-mates in the #77 Dempsey-Proton car, Matt Campbell and Julien Andlauer, had amassed 80 points thanks in part to Am class wins in the Le Mans 24 Hours and the following race at Silverstone.

It is now Project 1 Porsche drivers Egidio Perfetti, Jorg Bergmeister and Patrick Lindsey, who won last time out at Fuji, who lead the Am class standings by 12 points from TF Sport Aston Martin pair Salih Yoluc and Charlie Eastwood.

Matteo Cairoli and Giorgio Roda meanwhile lose the 24 points they had earned in the sister #88 entry, that car's best result having been a fifth place finish at Fuji - after a 31-second time penalty dropped them down from second.