The latest iteration of the DeltaWing, which filled the 'Garage 56' spot for experimental cars at last year's Le Mans 24 Hours, was put through its paces on Tuesday and Wednesday by regular driver Katherine Legge at Roebling Road Raceway near Savannah in Georgia.

Legge will share the DeltaWing entry as usual with fellow Briton Andy Meyrick at Austin on September 21.

"Everything went really well," said Legge. "The boys have worked extremely hard to get everything together and they've done a tremendous job.

"There are some little nuances and characteristics that are different with this car compared with the spyder version, but it looks super cool."

The revised car has been produced by DeltaWing Racing Cars boss Don Panoz's Elan Motorsports Technologies organisation under a design team led by Simon Marshall, who worked with Ben Bowlby on the original open-top car.

He explained that the coupe configuration and a switch from the original car's Aston Martin monocoque to a tub purposed-designed for the DeltaWing had allowed for a repacking of the engine installation, with an emphasis on improved cooling. 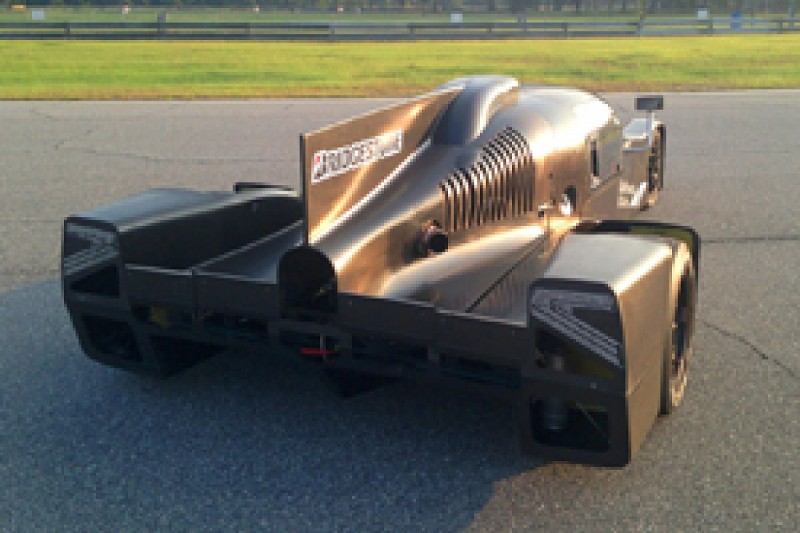 "We added an air intake on the roof which increased the cooling air by 50 per cent, repackaged where the turbo and intercooler sit and installed a bigger oil cooler, which is all definitely working," said Marshall.

It is planned that the DeltaWing coupe will contest the final three ALMS events at Austin, the Virginia International Raceway and Road Atlanta.

A run of three DeltaWing coupe monocoques has been laid down with a view to the sale of customer cars for the 2014 United SportsCar Racing Prototype class.