Corvette driver Nick Tandy believes the American marque can still be a factor in this weekend’s Fuji World Endurance Championship race despite a lack of one-lap speed.

Tandy qualified the solo C8.R he shares with Tommy Milner fifth and last in the GTE Pro class on Saturday, 0.756 seconds down on the pole-sitting Porsche 911 RSR-19.

It follows a weight increase of 10kg for the Corvette in the Balance of Performance at the Japanese venue, which comes off the back of the team’s victory last time out at Monza.

But Tandy believes that tyre compound selection and longevity could be the key to success at Fuji, which he thinks could allow Corvette to fight Porsche and Ferrari for victory.

“Up to Le Mans, the Porsche seemed to be the dominant car, and then we went to Monza, and they weren’t so good with a similar BoP,” Tandy told Autosport.

“But [on Friday] the track surface seemed very low-grip, and the pre-emptive tyre allocation that teams have gone for may not be optimal. You might want to go for a softer region on the range if the hard aren’t working, but you may not be able to make them last.

“If it’s a degradation race, it might be a better race than what qualifying looks like. We aren’t shiny on a single lap, but it’s not the first time that’s happened this year and we’ve always been competitive in the race, if not the fastest, so we’re hoping for another one of those.” 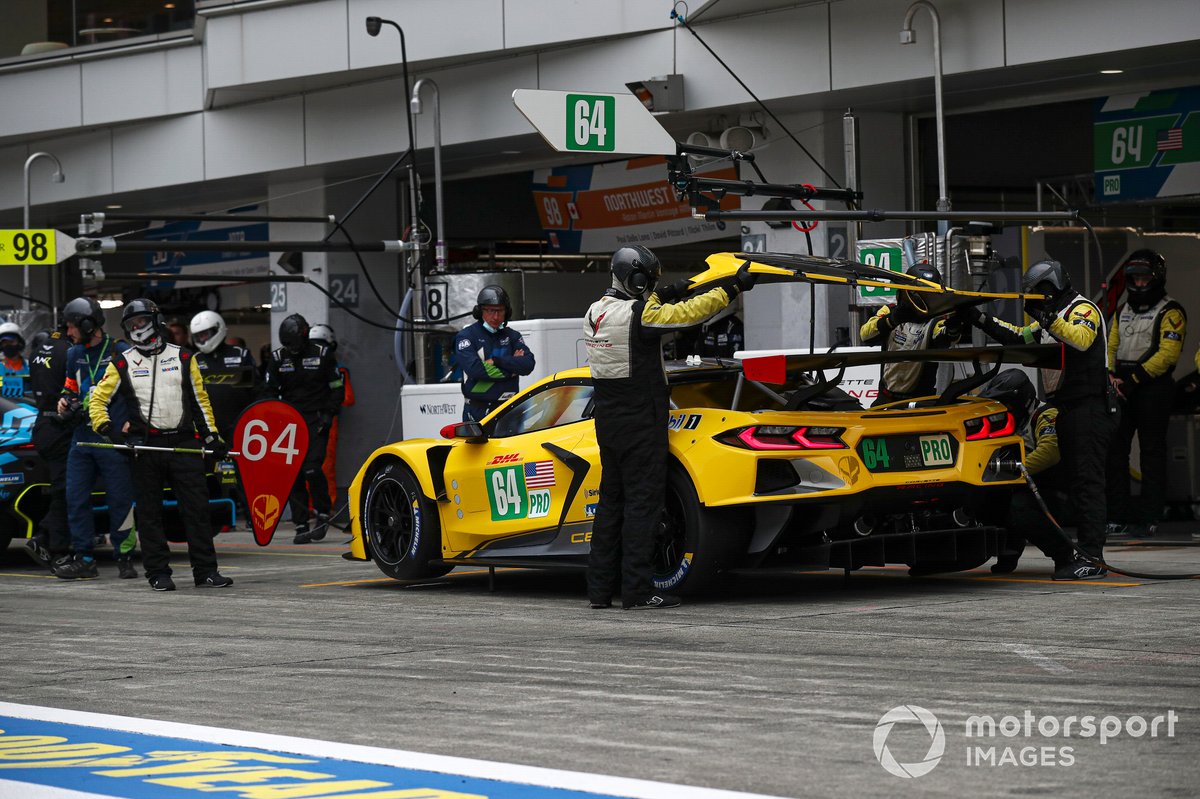 Tandy expressed bafflement at the BoP changes made for Fuji, which include Porsche getting handed a 5kg weight break and a small increase in air restrictor diameter.

They appear to have been made as part of FIA’s so-called ‘black ball’ rule, which allows the WEC to reset the BoP outside the usual parameters of the automatic system that has been used since the 2017 season.

“The changes they made between the Porsche and the Corvette are quite a lot, and we were surprised by that,” said Tandy. “We don’t understand.

“There is only supposed to be one black ball change per year, and we’ve had three already, and no two-race calculation for the automatic BoP, unless I missed something.”