Cadillac is close to finalising the driver line-up for its twin assaults on the 2023 World Endurance Championship and IMSA SportsCar Championship with its new LMDh prototype.

Laura Klauser, who heads up the LMDh project in her role as General Motors sportscar programme manager, revealed that Cadillac is “almost there” in putting together the seven-strong driver roster for the one WEC car and the two that will race in IMSA.

“We don’t have all the contracts in place; we just need to sort out the last little details,” Klauser told Autosport.

She refused to name any drivers, but conceded that it is likely that many of those already on the books of the Ganassi and Action Express IMSA squads, which have been announced as the Cadillac factory LMDh teams next season, will be part of the programme.

Alex Lynn, Earl Bamber and Sebastien Bourdais are all known to have joined Ganassi for this year on long-term contracts.

Asked if drivers who’d signed extended deals would move over to the LMDh programme, Klauser replied: “That would make sense, wouldn’t it?”

The fourth full-timer at Ganassi is Renger van der Zande, while Pipo Derani and Olivier Pla are the IMSA regulars at Action Express.

The drivers will be contracted to their respective teams, but will be known as Cadillac factory drivers.

Confirmation that Ganassi will run the WEC programme and a single car in IMSA alongside Action Express Racing is set to be the next announcement from Cadillac. A reveal of the driver line-up appears likely to follow after that.

Lynn and Bamber are understood to be in line to join the three-strong WEC line-up, while US-based Frenchman Bourdais seems set to race Ganassi’s IMSA car alongside van der Zande. 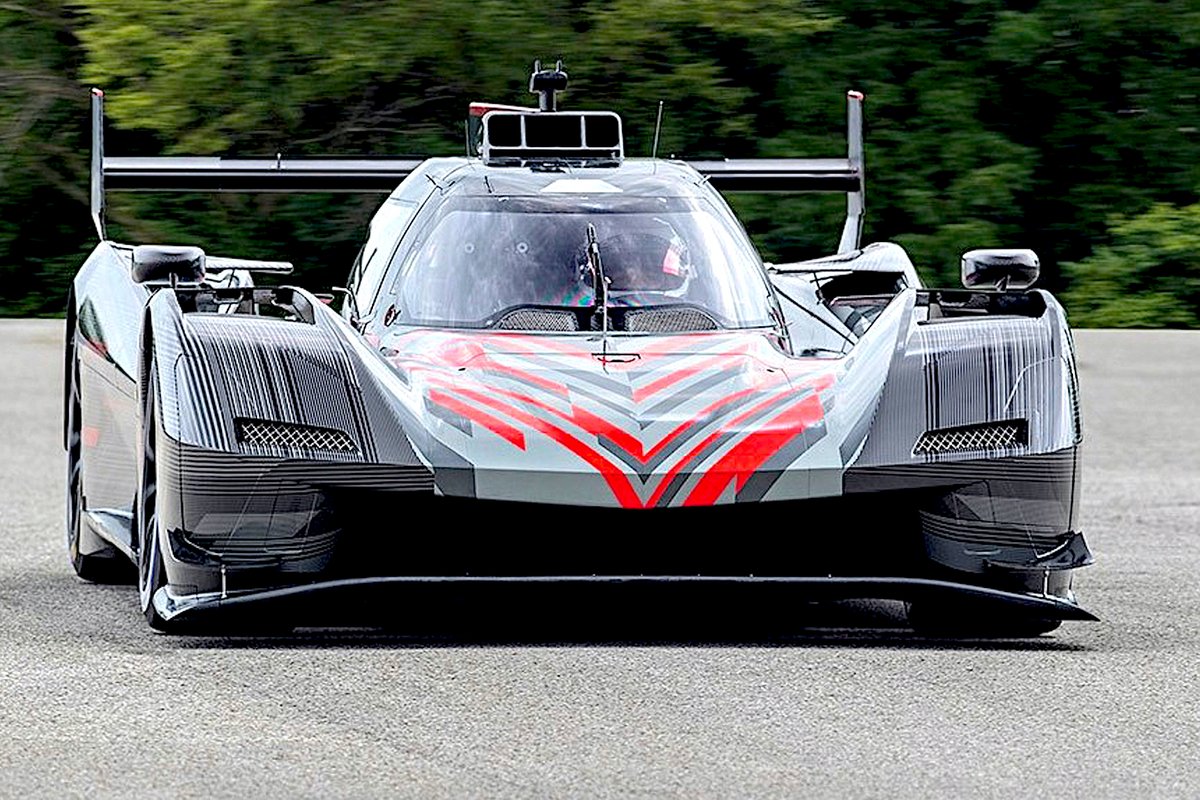 The car developed in conjunction with Dallara in Italy ran for two days at an undisclosed venue in the USA. Klauser would only say that the test took place at a proper race circuit that wasn’t on the IMSA schedule.

The closely-cropped photograph from the test released by Cadillac offered few clues to the location of the shakedown, but Putnam Park in Indiana appears the most likely venue.

The Caddy ran for two days last Thursday and Friday, with Klauser expressing satisfaction with the results.

“Considering we were able to run both days and achieve some longer runs, we are calling it a huge success,” she said.

She confirmed that first Caddy LMDh will begin testing in earnest this week at Sebring when the car is joining one of the Porsche 963s run by Porsche Penske Motorsport over multiple days.

It is undecided whether the Cadillac will test in Europe prior to the WEC campaign next year, Klauser revealed.

“We would like to do some testing in Europe, but it is difficult to figure out where that is going to be and how we are going to shuffle the cars to have one available, so we don’t have anything firmed up yet,” she said.

“We are trying to figure out how to place everything in our limited calendar to achieve all our goals.”