Kamui Kobayashi led a 1-2 for Toyota in second practice for the penultimate round of the 2021 World Endurance Championship season in Bahrain.

After Sebastien Buemi topped the timesheets in the #8 Toyota GR010 Hybrid on Thursday, Kobayashi struck back in FP2 on Friday morning to put the points-leading #7 car ahead of its main championship rival with a time of 1m49.063s.

The Japanese driver was quick out of the gates at the 5.4km circuit, clocking the fastest time of the weekend so far on his first flying lap at the beginning of the 90-minute session.

The #8 Toyota ended up only 0.030s behind the sister car, courtesy of a 1m49.093s flyer set by Buemi’s team-mate Brendon Hartley early on.

However, both these times were still seven second slower than what Toyota managed in the corresponding session in Bahrain last year, when the TS050 Hybrid made its farewell appearance in the WEC.

Alpine was again unable to match the two Toyotas up front, with Matthieu Vaxiviere managing a best time of 1m50.194s in the #36 A480-Gibson.

The gap between the lead Toyota and the sole Alpine doubled to 1.131s in FP2 after Nicolas Lapierre finished just over half a second behind Buemi in Thursday’s opening practice.

However, Toyota didn't exactly have a smooth session, with Buemi colliding with the #85 Iron Lynx Ferrari of Sarah Bovy at Turn 1 in the final 30 minutes, bringing out the sole red flag of the session.

In LMP2, Tom Blomqvist put the points-leading #28 JOTA ORECA on top with a time of 1m50.199s, leading the #22 United Autosports ORECA of Filipe Albuquerque by a massive eight tenths of a second.

The #31 Team WRT ORECA was third in the hands of Charles Milesi, while ARC Bratislava was classified fourth - and the best among the Pro-Am entrants - courtesy of Oliver Webb’s time of 1m51.382s in the #44 ORECA. 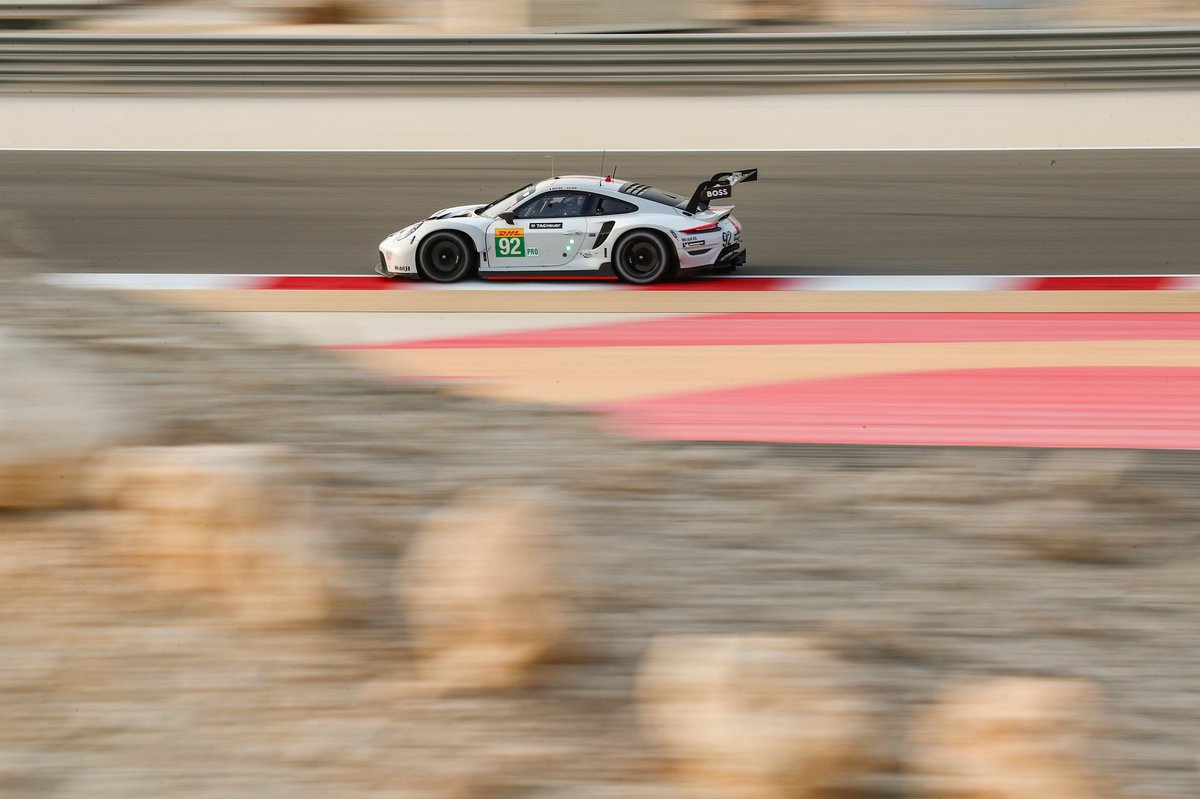 Porsche maintained its lead over Ferrari in the GTE Pro division, with Kevin Estre clocking the quickest time in the #92 911 RSR-19.

Estre’s lap of 1m56.411s was just over two tenths faster than what Gianmaria Bruni managed in the sister #91 Porsche and nearly three seconds up on the lead Ferrari, the #51 AF Corse 488 GTE driven by James Calado.

Miguel Molina was last of the class runners in the #52 Ferrari.

The two AF Corse-run Ferrari GTE Pro entries have received a major Balance of Performance hit for the final two rounds of the season in Bahrain, robbing the car of 25bhp in comparison with the Monza race in July. The Italian marque claims these changes were made outside of the WEC’s auto BoP system, which applies to every round except the Le Mans 24 Hours.

The #33 TF Sport Aston Martin Vantage finished second with Felipe Fraga at the wheel, while the top three was rounded by the Dempsey Proton team - with Matt Campbell setting the quickest time aboard the #77 Porsche.