He tested the team's BR1 car for the first time at Magny-Cours after the season-opener at Spa earlier this month, which he was forced to miss owing to clashing commitments with Honda in Super GT.

Button revealed the SPM opportunity came as a result of Rossiter - who was Honda's test driver in F1 when Button raced for the manufacturer - getting in touch with him, after the Super Formula driver observed the BR1's speed in private testing.

"I actually found out through a friend [Rossiter] who saw the BR1 prototype testing [while testing for ByKolles]," 2009 F1 champion Button told Autosport.

"[He said] the car was looking great and - he watched it on circuit - he said, 'this is a great opportunity, you've got to give SMP Racing a call and see if they have a seat available'. Which I did.

"He said that the SMP car looked fantastic, so he gave me the opportunity really to get the drive." 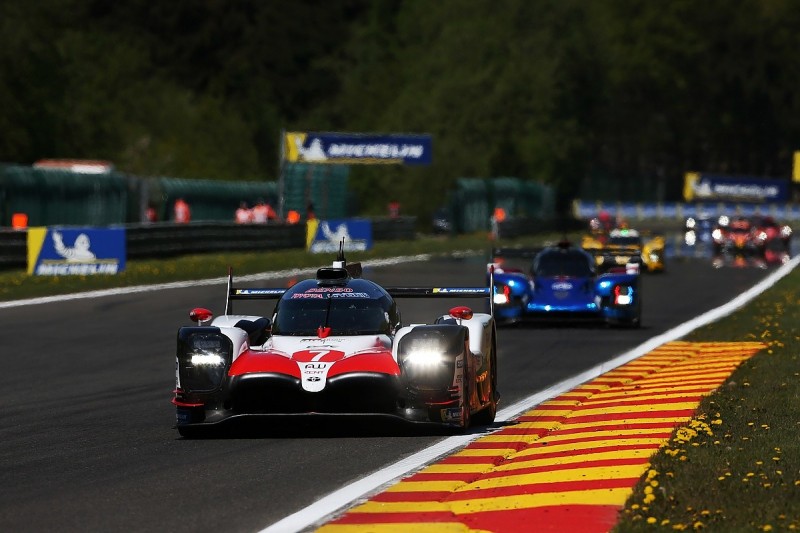 Toyota dominated the Spa WEC opener over its non-hybrid LMP1 opposition, with both of its cars finishing two laps clear of the third-placed Rebellion R-13-Gibson.

Button acknowledged that Le Mans is Toyota's race to lose, but believes there is an "opportunity" for SMP to spring an upset.

"Toyota is a works team and realistically if they get beaten it's [because] they've made a big mistake," said Button.

"But you never know at Le Mans, and that's what is great.

"The pace of the BR1 prototype has been fantastic in testing, from what the [other] drivers say as well. They are able to get the maximum out of the car pretty much every lap.

"But personally I feel for SMP Racing, they still want to win, and there is still that opportunity.

"A lot of people are very interested to see how P1 goes, because you only have one hybrid team and you have a lot of privateers, and I think they like seeing those privateers coming out and trying to take it to the big team.

"Even if Toyota disappears into the distance, I still think there will be a great race for the privateer teams in Le Mans."