United Autosports team boss Richard Dean says his cars are "not the favourites" for LMP2 class victory in the Le Mans 24 Hours, despite its record pace in qualifying.

The sister #32 entry also made it to the Hyperpole shootout, Alex Brundle piloting the car he shares with Will Owen and Job van Uitert to fifth of of a bumper 24-car LMP2 grid.

The Anglo-American team has no previous Le Mans experience with the ORECA, having switched from Ligier to the benchmark LMP2 chassis this season.

"Our form is a surprise given it's our first year here with the ORECA, we thought it might take longer to get on top of the car", he told Autosport.

"Just because you have got pole position and a winning record coming into the race doesn't mean anything at Le Mans. One small problem can put a car out.

"We don't feel we are favourites in our garage, only that we know we've got two competitive cars." 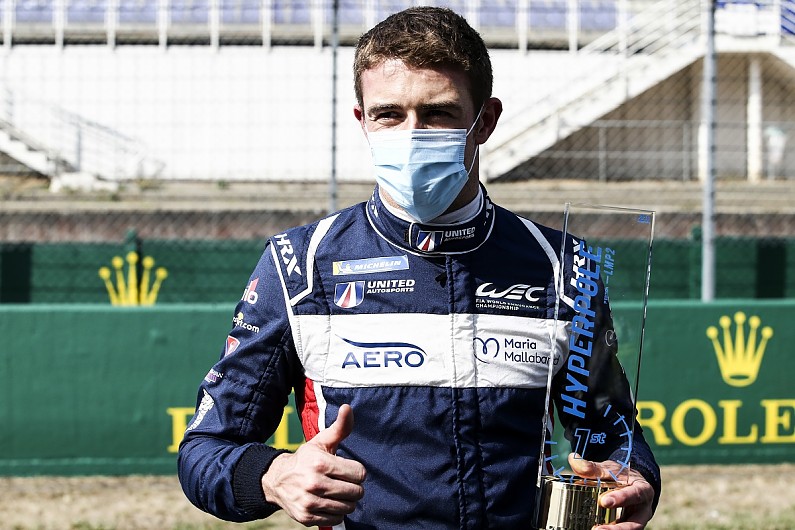 Polesitter Di Resta, who shares the #22 car with Filipe Albuquerque and Phil Hanson, said his first ever qualifying attempt at Le Mans was a "big eye-opener" as he found some clear air to set the record.

"It was mega to go on track with a bit of free air," the Scot said.

"It was a big challenge this year given the change to ORECA, but we're starting in the best position.

"If you make Hyperpole, it's a good day, you're in the top six, and I think [that means] you're always within reach of this long race."

G-Drive's Jean-Eric Vergne came to within three tenths of Di Resta in the #26 Aurus-branded ORECA and said he was satisfied with how the race is shaping up for him and his teammates Roman Rusinov and Mikkel Jensen.

"We had a very strong qualifying on Thursday and Friday morning during Hyperpole," he said.

"The car felt great and the Michelin tyres are proving to make the difference."

But on his first Hyperpole lap, the Mercedes Formula E driver went off on the entry to Porsche Curves and just managed to keep the yellow #29 machine out of the barriers. His second attempt was good enough for third. 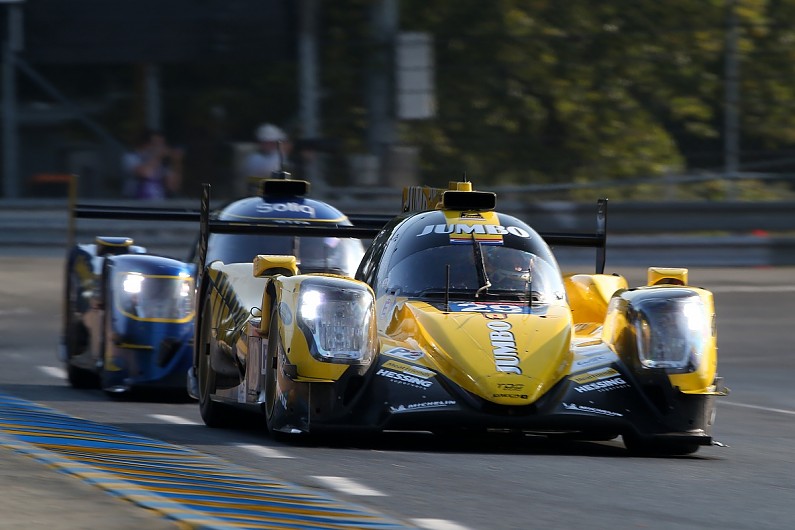 "I've been quick enough to fight for pole all weekend, so we expected we'd be able to do that again", said De Vries, who shares the car with Giedo van der Garde and team owner Frits van Eerd.

"We went into Hyperpole with little knowledge or experience about the circumstances.

"I think the car was a bit tricky and it often did things I wasn't really expecting, especially in the high-speed sections. That's how I lost the car in the Porsche Curves on my first set of tyres.

"And then you're not exactly going into the second run with a lot of confidence. You just don't know what the car is going to do, especially in high speed.

"I think second was definitely possible if we had a clean session."